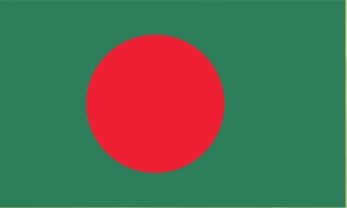 Bangladesh, officially the People's Republic of Bangladesh is a country in South Asia. It is bordered by India on all sides except for a small border with Burma (Myanmar) to the far southeast and by the Bay of Bengal to the south. Together with the Indian state of West Bengal, it makes up the ethno-linguistic region of Bengal. The name Bangladesh means "Country of Bengal" in the official Bengali language.The names given to the rivers reflect the importance of these waterways in the lives of the people. Khlamati, for example, means fulfiller of desires. Kirtinasha means destroyer of achievements. River themes are common in the tales of the alapanis (storytellers), who entertain their audiences with a variety of ancient tales. 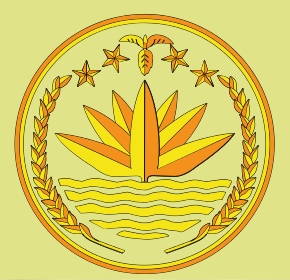 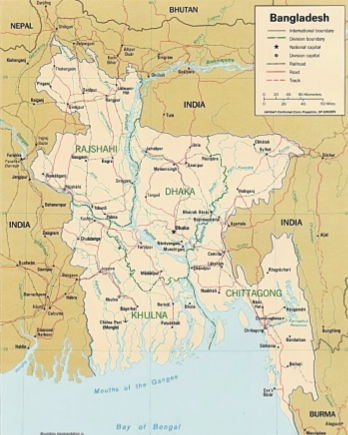 My beloved Bengal
My Bengal of Gold, I love you.
Forever your skies,
Your air set my heart in tune
As if it were a flute.
In spring, O mother mine,
The fragrance from
your mango groves
Makes me wild with
joy,Ah, what a thrill!
In autumn, O mother mine,
In the full blossomed paddy fields
I have seen spread all
over sweet smiles.
Ah, what a beauty, what shades,

What an affection, and
what a tenderness!
What a quilt have you spread
At the feet of banyan
trees And along the
banks of rivers!
O mother mine, words
from your lips
Are like nectar to my
ears. Ah, what a thrill!
If sadness, O mother
mine, Casts a gloom
on your face,
My eyes are filled with tears! 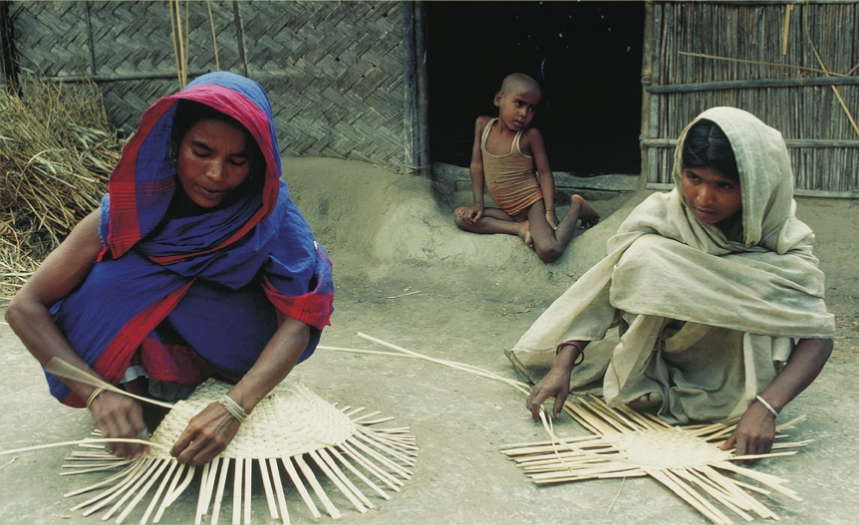 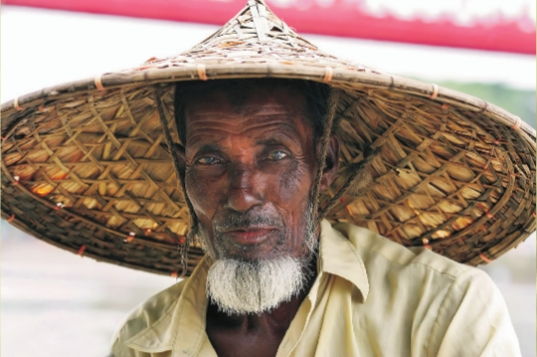 Portrait of a senior Man 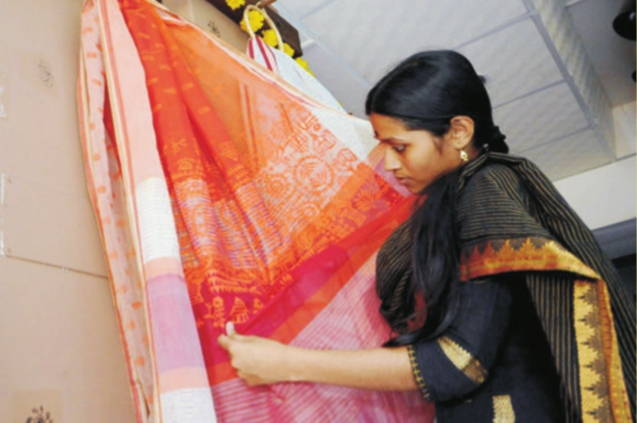 The ancestors of present-day Bangladeshis probably came from Burma, Tibet, and northern India thousands of years ago. More than 95 per cent of the population are Bengalis, a short dark-skinned people. Their national language is Bengali, which has a rich cultural heritage in literature, music, and poetry. Tribal groups form the second largest ethnic group in Bangladesh. The four largest tribes are the Chakmas, the Marmas, the Mros, and the Tipperas. They live primarily in the Chittagong Hills of southeastern Bangladesh. The culture of the tribal groups differs greatly from that of other Bangladeshis. They follow the Buddhist religion and speak Tibeto-Burman languages. Another ethnic group, the Biharis, includes the Urdu-speaking, non-Bengali Muslim refugees from Bihar and other parts of northern India.

Bangladesh is in the low-lying Ganges-Brahmaputra River Delta or Ganges Delta. This delta is formed by the confluence of the Ganges (local name Padma or Pôdda), Brahmaputra (Jamuna or Jomuna), and Meghna rivers and their respective tributaries. The Ganges unites with the Jamuna (main channel of the Brahmaputra) and later joins the Meghna to eventually empty into the Bay of Bengal. The alluvial soil deposited by these rivers has created some of the most fertile plains in the world. Bangladesh has 58 trans-boundary rivers, making water issues politically complicated to resolve - in most cases as the lower riparian state to India. Houses are built on stilts as protection against rising floodwaters. 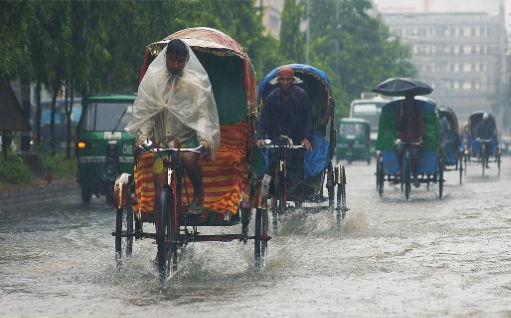 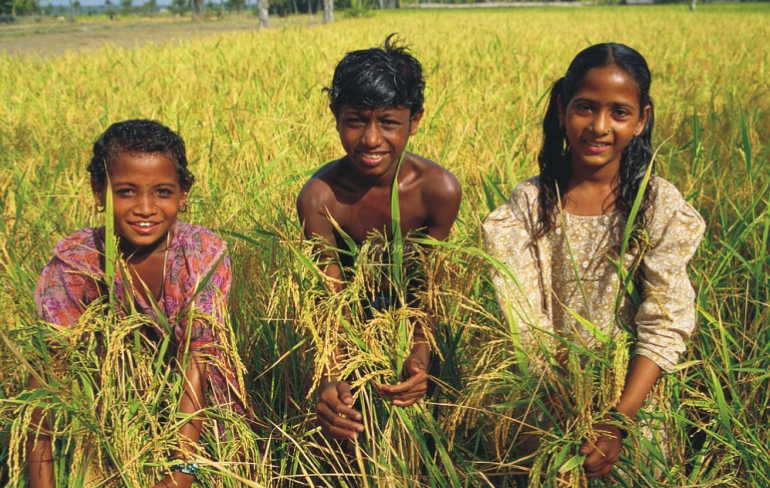 Bangladeshis take great pride in their Bengali heritage. Their national language, Bengali, is particularly important to them, and the religion of Islam provides an important foundation for their daily life. Islam came to Bengal long after it was established in Pakistan. The Muslims conquered Pakistan in A.D. 711. Islam did not reach the Bengalis until 500 years later, when Turkish Muslims extended their control into the eastern region of Bengal. Before that, Hindu or Buddhist dynasties had ruled Bengal. Waterways take the place of roads in Bangladesh, where countless rivers and streams flow through the country. Large passenger and cargo ships provide transportation between the cities. Smaller boats operate between villages.

The jute harvest provides many Bangladeshis with their only source of income. Jute, a fiber used in making burlap, sacks, mats, rope, and carpet backing, is the chief export of Bangladesh. It grows in the wet delta region. Fishing boats set off down a river. The nation's waterways contain large supplies of fish, which is an important food source. However, a traditional disrespect for fishermen has slowed the development of a fishing industry.

Bangladesh ranks as one of the poorest nations in the world. But in spite of their poverty and hardships, Bangladeshis are a friendly and good-natured people. Villgers are often entertained by storytellers, and they also enjoy singing and listening to folk ballads. Craft workers carry on the tradition of embroidery, weaving, pottery, and other Final - dhaka sarees decorative arts. Cyclones usually strike at the end of the monsoon season. Contaminated floodwaters bring even more problems. Disease spreads quickly, and food supplies are destroyed. Floods also isolate villages from rescue operations.