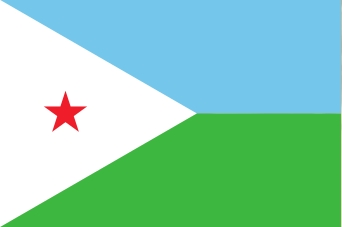 Djibouti officially the Republic of Djibouti, is a country in the Horn of Africa. It is bordered by Eritrea in the north, Ethiopia in the west and south, and Somalia in the southeast. The remainder of the border is formed by the Red Sea and the Gulf of Aden. On the other side of the Red Sea, on the Arabian Peninsula, 20 kilometres (12 mi) from the coast of Djibouti, is Yemen. Djibouti's size is just over 23,000 square kilometres (8,900 sq mi) with an estimated population of over 500,000. Its capital is the city of Djibouti. Many ships that now move freely past Djibouti's coast traveling through the Suez Canal and the Red Sea between the Mediterranean Sea and the Indian Ocean. 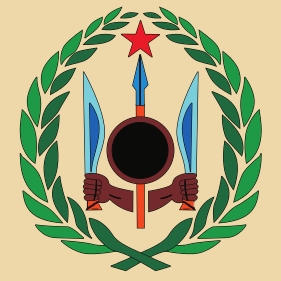 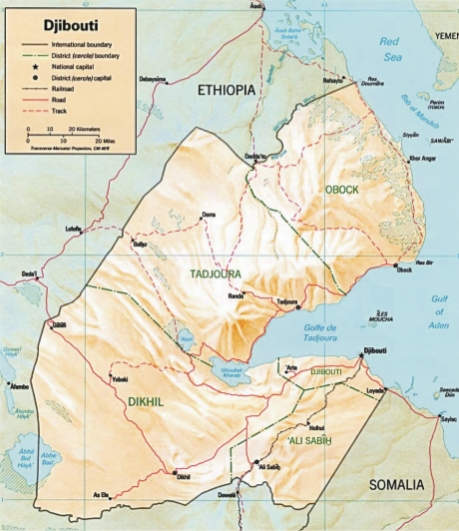 Arise with strength! For we have raised our
flag, The flag which has cost us dear
With extremes of thirst and pain.
Our flag, whose colours are the everlasting
green of the earth, The blue of the sky, and
white, the colour of peace; And in the centre
the red star of blood.
Oh flag of ours, what a glorious sight! 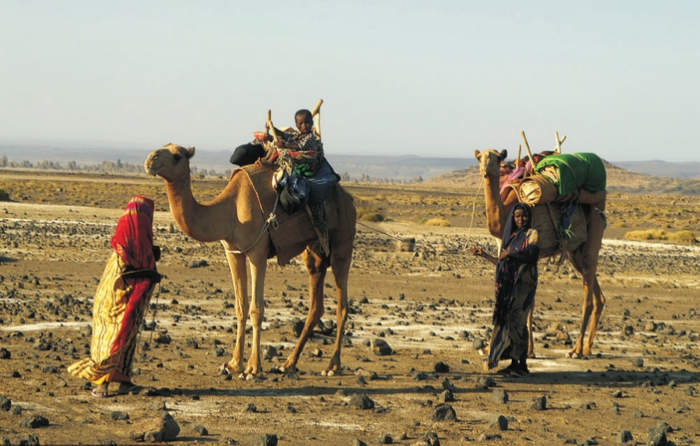 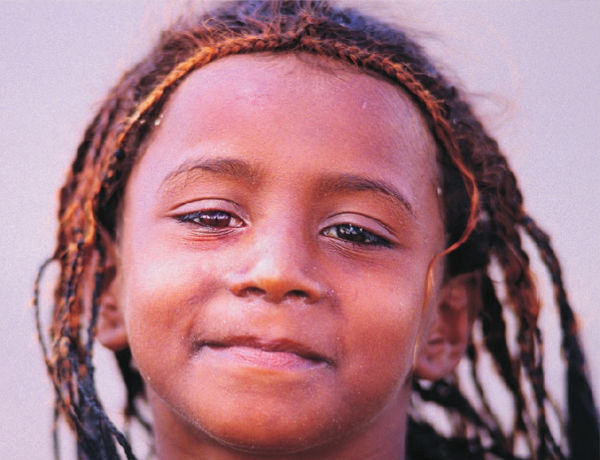 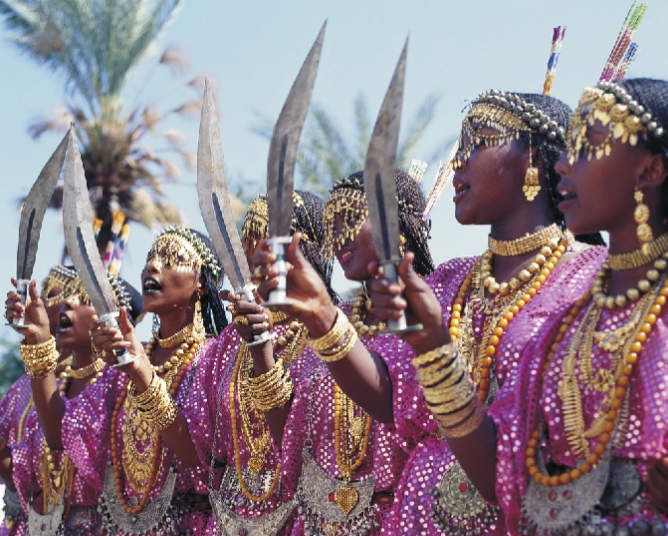 During a dance, Muslim girls from the Sultanate of Tadjoura

The history of Djibouti is recorded in poetry, songs, and folklore of its nomadic people and goes back thousands of years to a time when Djiboutians traded hides and skins for the perfumes and spices of ancient Egypt, India, and China. Through close contacts with the Arabian peninsula for more than 1,000 years, the Somali and Afar ethnic groups in this region became among the first on the African continent to adopt Islam. A small country on the eastern coast of Africa bordering the gulf of Aden and Red Sea, between Eritrea and Somalia its strategic location is near bustast shopping lanes and close to Arabian oilfield. It provides services as both a transit port and an international transshipment and refueling center. During AD 800, Muslims from Arabia converted the Afars to Islam. In 1862, France bought a port in the region and established a coaling station for its ships and named French Somali Land on June 27, 1977, the territory became the Independent ration of Djibouti.

The economy of Djibouti is based on service activities connected with the country's strategic location and status as a free trade zone in northeast Africa. Two-thirds of the inhabitants live in the capital city, the remainder being mostly nomadic herders. Scant rainfall limits crop production to fruits and vegetables, and most food must be imported.In April 2005, the United Nations World Food Programme warned that 30,000 people in Djibouti face serious food shortages following three years of poor rains.

From the surface of lake Assal Lying on the edge of Djibouti's barren coastal plain. Lake Assal is the lowest point n Africa A rugged plateau stretches beyond a high mountain range farther inland plant life is sparse in this hot dry land which has been called a “valley of hell”.

Djiboutian attire reflects the region's hot and arid climate. When not dressed in Westernized clothing such as jeans and t-shirts, men typically wear the macawiis, which is a sarong-like garment worn around the waist. Among nomads, many wear a loosely wrapped white cotton robe called a tobe that goes down to about the knee, with the end thrown over the shoulder (much like a Roman toga). Women typically wear the dirac, which is a long, light, diaphanous voile dress made of cotton or polyester that is worn over a full-length half-slip and a brassiere. Married women tend to sport head-scarves referred to as shash, and also often cover their upper body with a shawl known as garbasaar. Unmarried or young women, however, do not always cover their heads. Traditional Arabian garb such as the male jellabiya (jellabiyaad in Somali) and the female niqab is also commonly worn. For some occasions such as festivals, women may adorn themselves with specialized jewelry and head-dresses similar to those worn by the Berber tribes of the Maghreb.

The Afars and Issas are two main ethnic groups in Djibouti. Though the official language of Djibouti is Arabic most people speak Afars or Somali many people still follow the Nomadic way of life and they wander with their herds of goats, sheep camel and cattle. Most of the workers spend half of their income on 'Khat' a leaf that produces a feeling of well being when it is chewed.