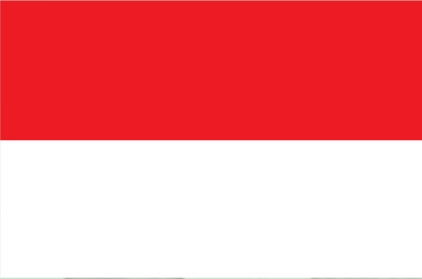 The Republic of Indonesia, is a country in Southeast Asia. The nation's capital city is Jakarta. The country shares land borders with Papua, New Guinea, East Timor and Malaysia. The Indonesian archipelago has been an important trade region since at least the seventh century, when the Srivijaya Kingdom traded with China and India. Local rulers gradually adopted Indian culture, religious and political models from the early centuries CE, and Hindu and Buddhist kingdoms flourished. Muslim traders brought Islam, and European powers to monopolize trade in the Spice Islands of Muluku. Across its many islands, Indonesia consists of distinct ethnic, linguistic, and religious groups. The Javanese are the largest and most politically dominant ethnic group. Indonesia's national motto, "Bhinneka funggala ika" ("Unity in Diversity" literally, "many, yet one"), articulates the diversity that shapes the country. The name Indonesia derives from the Latin Indus, meaning "India", and the Greek nesos, meaning "island". 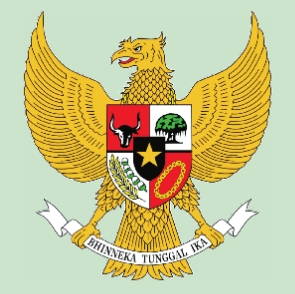 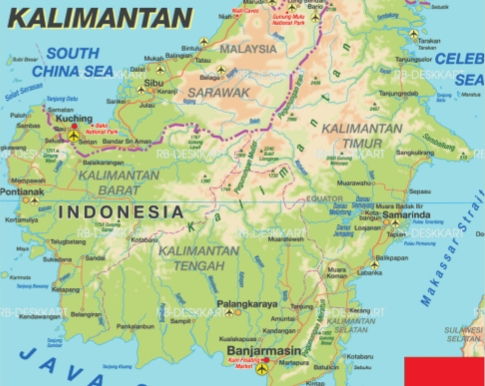 Indonesia my native land, the land where I shed my blood.
(Note: tanah air literally means "land (and) water")
There I stand, being a soldier of my mother.
(Note: "mother" here refers to ibu pertiwi which means 'motherland')
Indonesia my nationality, my nation and my country.
Let us exclaim "United Indonesia!"
Live my land, live my state,
My nation, my people, all.
Build its spirit, build its bodies
For Great Indonesia!
CHORUS:
Great Indonesia, independent and free,
My land, my country, which I love.
(probably equivalent to English's Long live my land)
Great Indonesia, independent and free,
Live Great Indonesia! (*2)
Verse II
Indonesia, an eminent country, our wealthy country.
There we shall be forever.

Indonesia, the country of our ancestors, a relic of all of us.
Let us pray for Indonesia's prosperity.
May her soil be fertile and spirited her soul,
The nation and all the people.
Conscious be her heart and her
mind
For Indonesia the Great!
CHORUS
Verse III
Indonesia, a sacred country, our victorious country.
There we stand, guarding our true Mother.
Indonesia, a beaming country, a country we love
with all our heart.
Let's make a vow, "Indonesia be there forever!"
Blessed be her people and her sons,
All her islands, and her seas.
Fast be the country's progress and the progress of her youth
For Indonesia the Great! 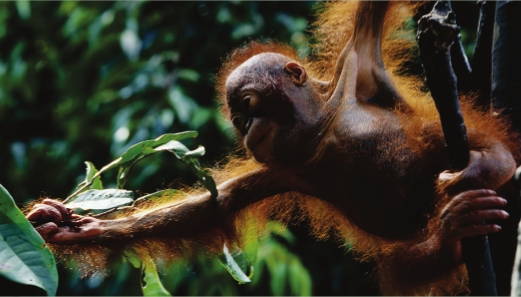 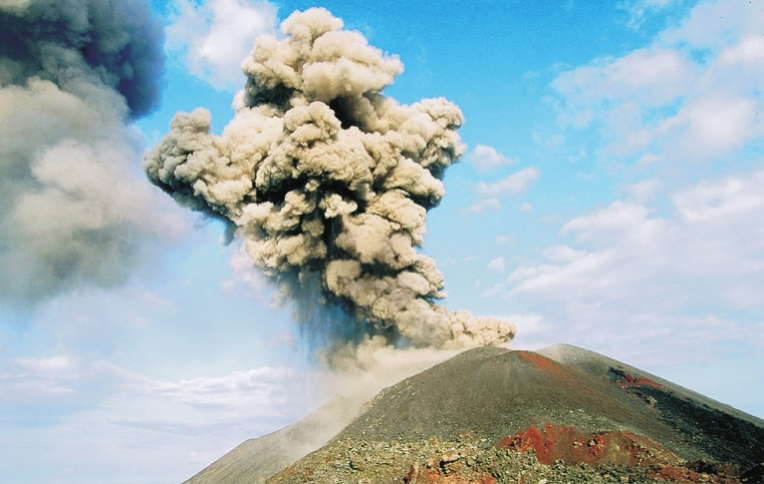 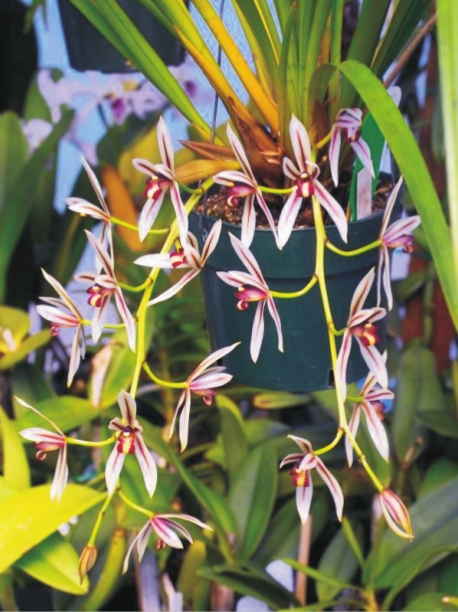 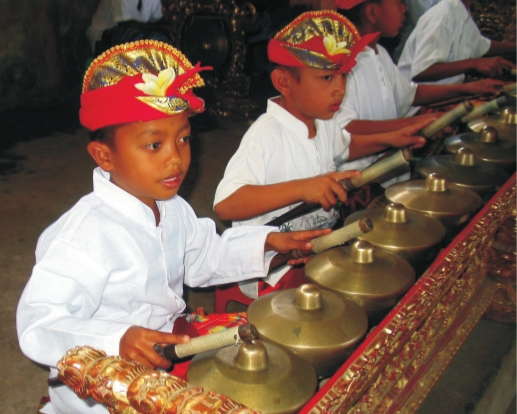 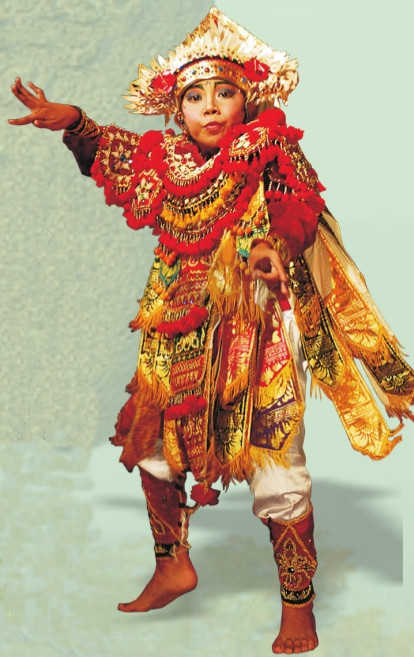 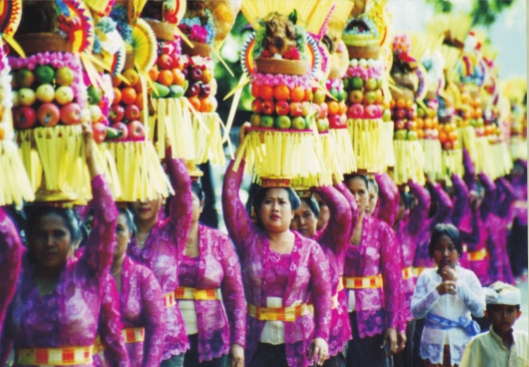 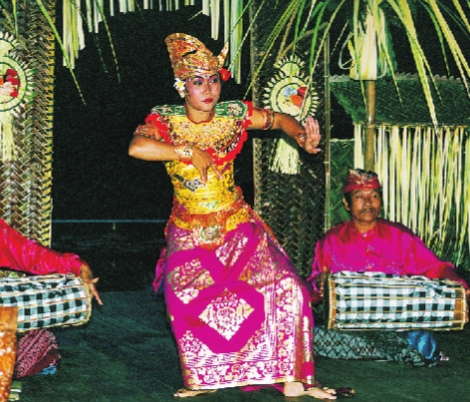 Fossilized remains of Homo erectus, popularly known as the "Java Man", suggest that the Indonesian archipelago was inhabited 500,000 years ago.

Indonesia consists of 17,508 islands, about which are scattered over both sides of the equator. The five largest islands are Java, Sumatra, Kalimantan (the Indonesian part of Borneo), New Guinea (shared with Papua New Guinea), and Sulawesi. The capital, Jakarta, is on Java and is the nation's largest city, followed by Surabaya, Bandung, Medan, and Semarang. Jakarta, Indonesia's capital, is also the nation's most modern city. High-rise hotels and modern office and government buildings dominate the city center. Lake Toba in Sumatra its largest lake, with an area of 1,145 square kilometers. Indonesia's is a site of numerous volcanoes and frequent earthquakes. Indonesia has at least 150 active volcanoes. However, volcanic ash is a major contributor to the high agricultural fertility that has historically sustained the high population densities of Java and Bali.

Indonesia is a republic with a presidential system. The provinces of Aceh, Jakarta, Yogyakarta, Papua, and West Papua have greater legislative privileges and a higher degree of autonomy from the central government than the other provinces.

Indonesia's has highest level of biodiversity and its flora and fauna is a mixture of Asian and Australasian species. Large species such as the tiger, rhinoceros, orangutan, elephant, and leopard, were once abundant as far east as Bali. Forests cover approximately 60% of the country.

Major industries include petroleum and natural gas, textiles and mining. Agricultural products include palm oil, rice, tea, coffee, spices, and rubber.
Rice is the chief food crop of Indonesia, as well as bananas, cassava, coconuts, corn, peanuts, spices, and sweet potatoes. Natural rubber comes from huge rubber tree plantation. The world's finest rubber-growing regions lie within a rubber belt that extends about700 miles on each side of the equator. Timber comes mainly from Borneo and Sumatra. Indonesia also has largest fishing industries.

Traditional Javanese and Balinese dances, for example, contain aspects of Hindu culture and mythology, as do wayang kulif (shadow puppet) performances. Textiles such as batik, jkat and songket are created across Indonesia in styles that vary by region. The most dominant influences on Indonesian architecture have traditionally been Indian. The most popular sports in Indonesia are badminton and football; Traditional sports include seoaj fajrawm, and bull racing in Madura. Indonesian cuisine varies by region and is based on Chinese, European, Middle Eastern, and Indian precedents. Rice is the main staple food and is served with side dishes of meat and vegetables. Spices (notably chili), coconut milk, fish and chicken are fundamental ingredients. Indonesian traditional music includes gamelan and keroncong. Crocodiles, elephants, pythons, rhinoceroses, and tigers live in some of these forests. Forested Sulawesi (formerly Celebes), to the east of Borneo, is Indonesia's most mountainous island. Java, the most industrialized island of Indonesia, has thousands of small farm villages. An east-west chain of mountains extending across Java includes many volcanoes, some of them active. Wide, fertile plains lie north of the mountains, with limestone ridges to the south. A large highland plateau covers western Java. Sumatra, to the west of Java, is the sixth largest island in the world. Along the southwestern coast of the island, a range of volcanic peaks rises about 12,000 feet (3,660 meters). The mountains slope eastward to a broad plain covered by dense rain forests and some farmland. Much of the eastern coast is swampy. The people of the Moluccas live primarily in coastal trading settlements. Ambon, an important port, is the largest city. The Moluccas became famous hundreds of years ago when traders gathered spices there for sale in Europe. They were known as the Spice Islands.

Melaka's ruler converted to Islam, the religion began to spread throughout the islands. Today, the vast majority of the Indonesian people are Muslims, but many are less strict in their observance of Islam teachings than are Muslims in Arab countries. Although it is not an Islamic state, Indonesia is the world's most populous Muslim-majority, with almost 86.1% of Indonesians declared Muslim according to the 2000 census. 8.7% of the population is Christian, 3% are Hindu, and 1.8% Buddhist or other. Most Indonesian Hindus are Balinese, and most Buddhists in modern-day Indonesia are ethnic Chinese.

The Indonesian islands were a crossroads in the trade of spices that extended from Arabica to China. The Buddhist, Hindu, and Islamic cultures in particular had a lasting effect on the religion, customs, and arts of the area. Indian architecture influenced the design of Indonesian temples, and Indian legends became part of local puppet plays in the villages. Although villagers continued to worship according to their ancient beliefs, they also began to pray to Indian gods. 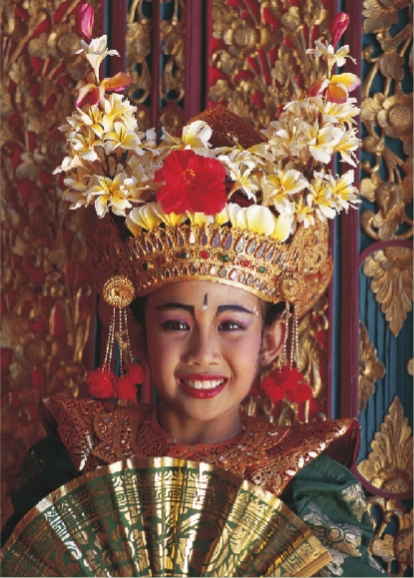 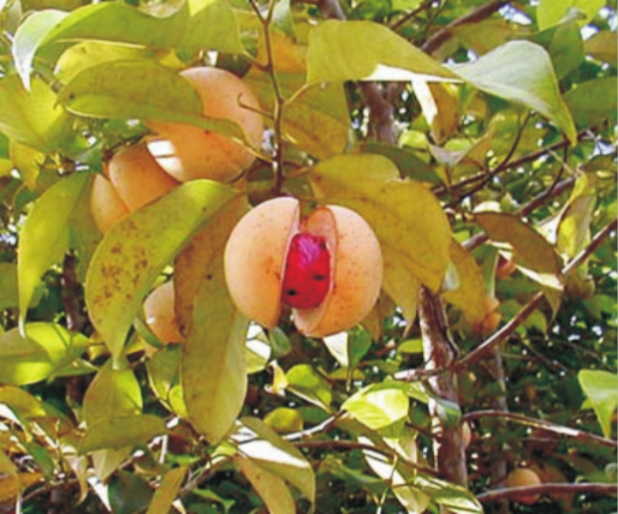 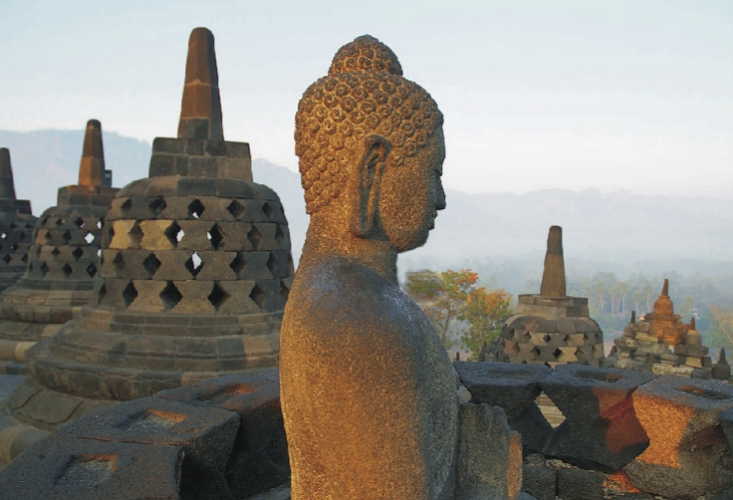 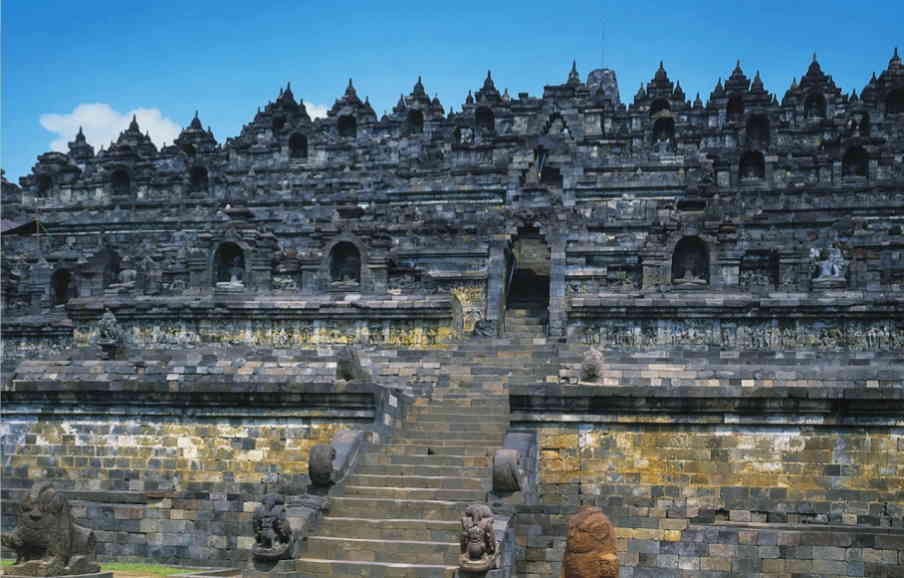 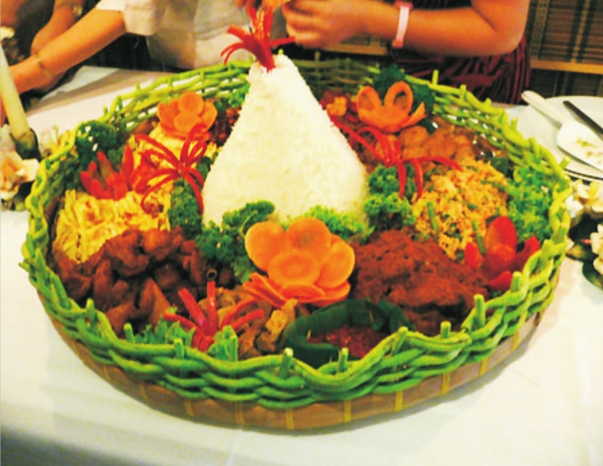 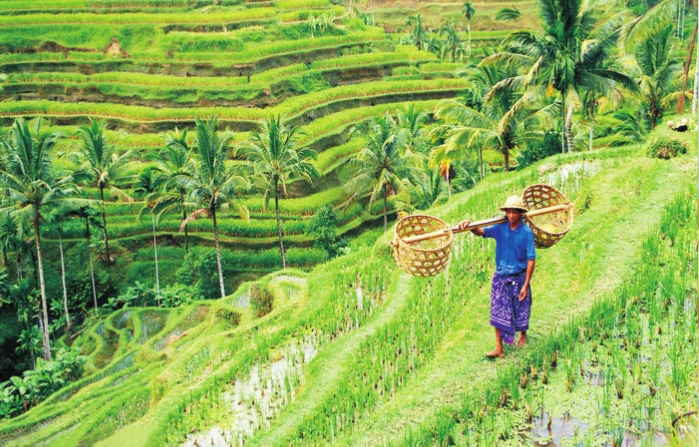 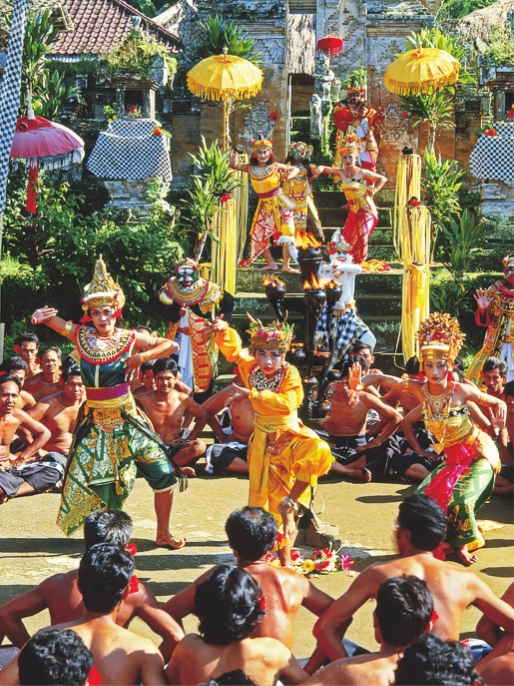