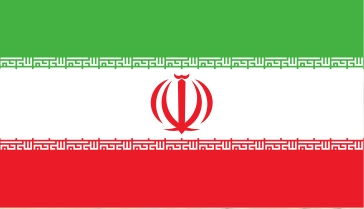 Iran, officially the Islamic Republic of Iran formerly known internationally as Persia is a country in Central Eurasia, located on the northeastern shore of the Persian Gulf. Iran is bordered on the north by Armenia, Azerbaijan and Turkmenistan. Kazakhstan and Russia. Iran is bordered on the east by Afghanistan and Pakistan, on the south by the Persian Gulf and the Gulf of Oman, and on the west by Turkey and Iraq. The name Iran itself comes from a Persian word meaning Land of the Aryans. Tehran is the capital and city. Iran had been a monarchy ruled by a Shah from 1501 until the 1979. Iran officially became an Islamic republic on 1 April 1979. 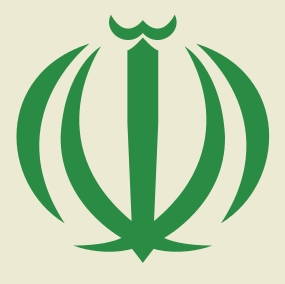 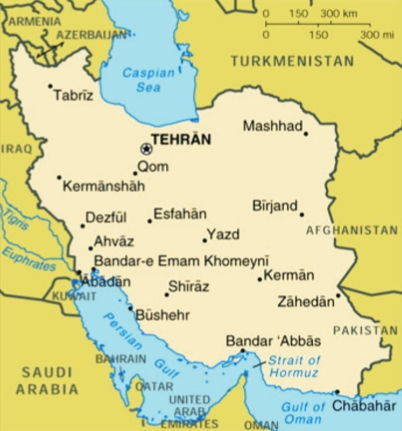 Upwards on the horizon rose
The Eastern Sun
The light in the eyes of the
Believers in Justice
Bahman is the zenith of our faith.
Your message, O Leader, of Sovereignty

and Freedom
is imprinted on our souls
O Martyrs! Your shouts echo in the ears of time:
Be enduring, continuing, and eternal,
The Islamic Republic of Iran. 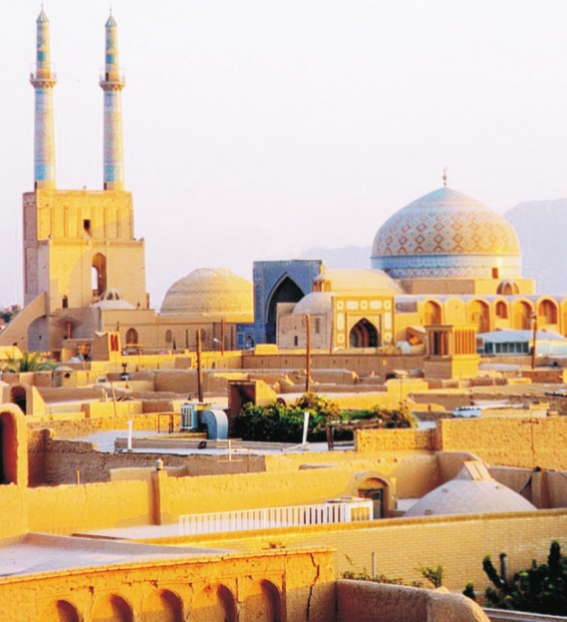 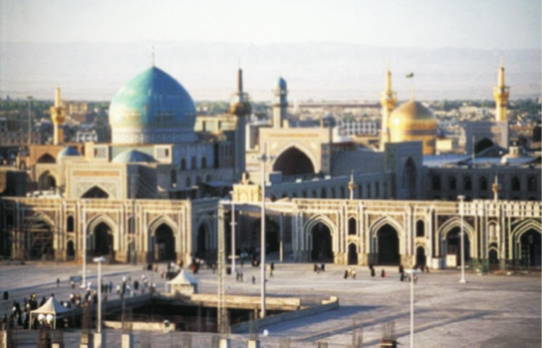 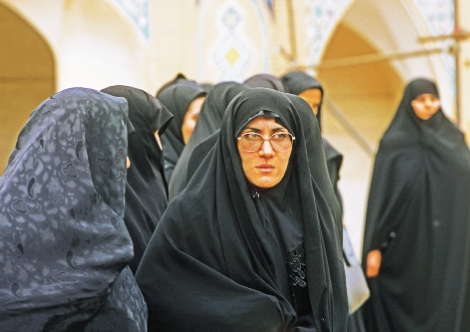 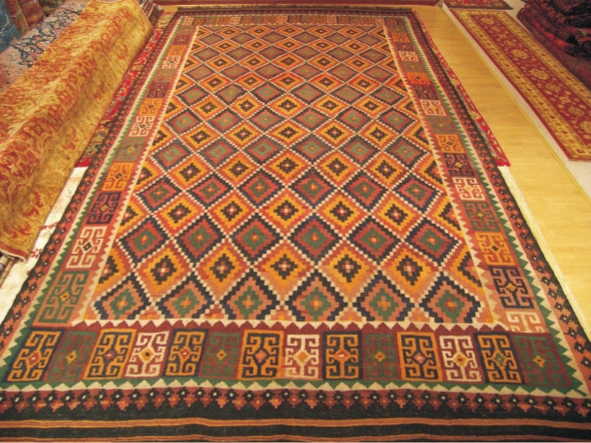 Islamic tradition is the basis of life in Iran. In the cities, women must wear a chador, a black, full-length body veil.
Iran stands at one of the world's major crossroads, between the Near East and central Asia. It has been the site of many civilizations and empires. Today, about two-thirds of the Iranian populations are descended from the Aryans.

Important cities are Tehran, Isfahan, Ahvaz, and Qom. Tehran is home to around 11% of Iran's population. Mashhad with a population of 2.8 million is the second largest Iranian city. Mashand is one of the holiest Shi's cities in the world as it is the site of the Imam Reza shrine. It is the centre of tourism and between 15 and 20 million pilgrims go to the Imam Reza's shrine every year. Another major city is Isfahan.

About 75 per cent of the cultivated land is used to grow wheat and barley. Other crops include corn, cotton, dates and other dry fruits such as Pistatue, Mands, Jardaloo, lentils, nuts, rice, sugar beets, tea, and tobacco. Oil has been the backbone of Iran's economy. Iran is one of the world's leading oil producers.

Iran's artistic heritage begins with its earliest civilizations. Painted pottery dating back to about 5000- 4000 B.C. has been found in western Iran.
From these beginnings, Iranian artists and architects have given the world some of its most splendid paintings, architecture, metal work, ceramics, and textiles. 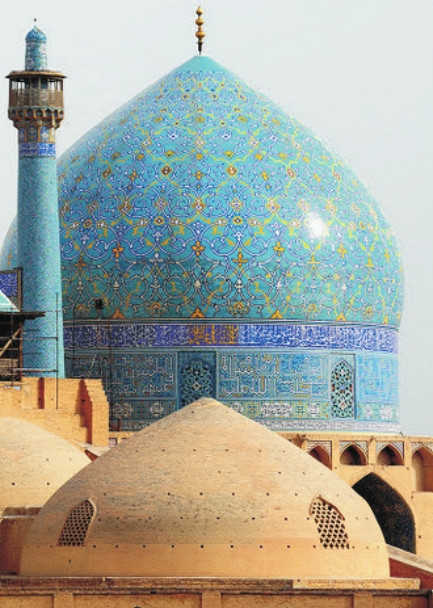 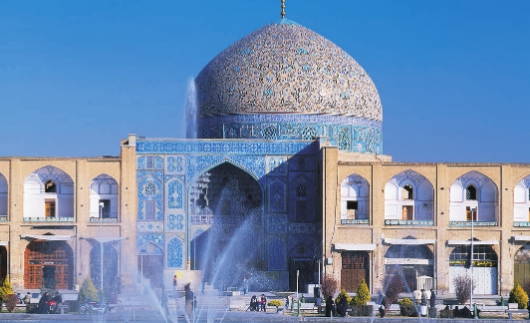 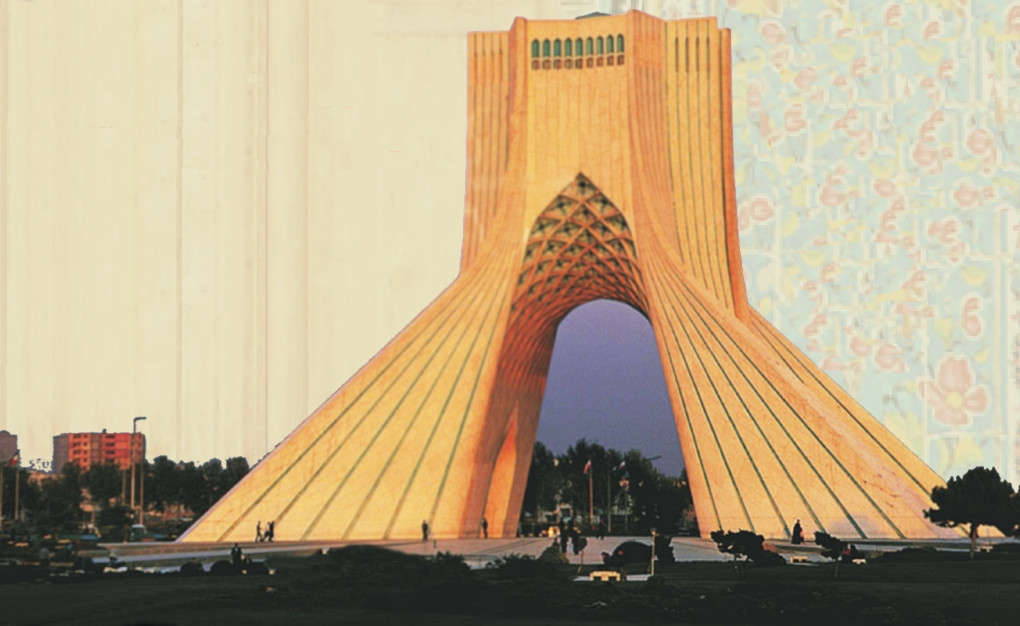 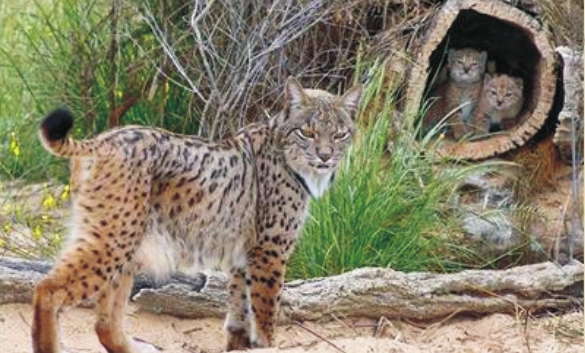