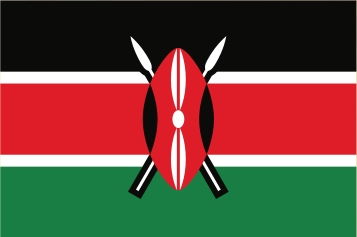 The Republic of Kenya is a country in East Africa. Lying along the Indian Ocean, at the equator, Kenya is bordered by Ethiopia (north), Somalia (northeast), Tanzania (south), Uganda plus Lake Victoria (west), and Sudan (northwest). The capital city is Nairobi. The country is named after Mount Kenya, second among the highest mountain peaks of Africa. Largest cities are Nairobi, Mombasa, Kisumu, Nakuru and Eldoret. Kenya gained independence on December 12, 1963.
Kenya is a presidential representative democratic republic, whereby the President is both the head of state and head of government, and of a multi-party system. 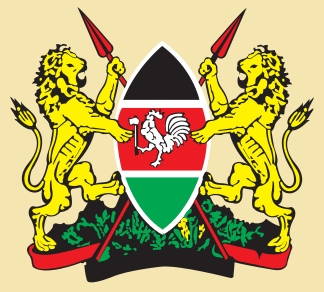 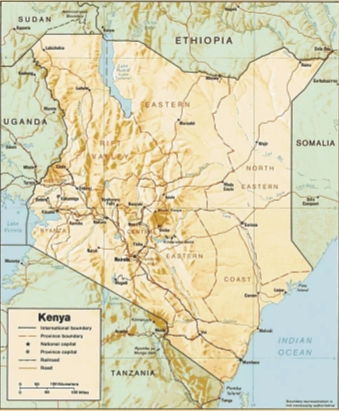 O God of all creation,
Bless this our land and nation.
Justice be our shield and defender,
May we dwell in unity,
Peace and liberty.
Plenty be found within our borders.
Let one and all arise,
With hearts both strong and true.
Service be our earnest endeavour,
And our Homeland of Kenya,

Heritage of splendour,
Firm may we stand to defend.
Let all and one accord,
In common bond united,
Build this our nation together,
And the glory of Kenya,
The fruit of our labour,
Fill every heart with
thanksgiving. 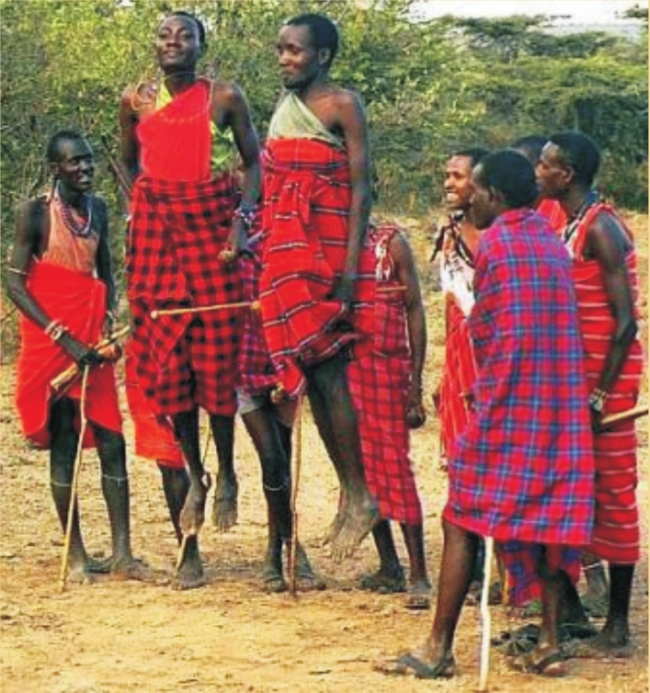 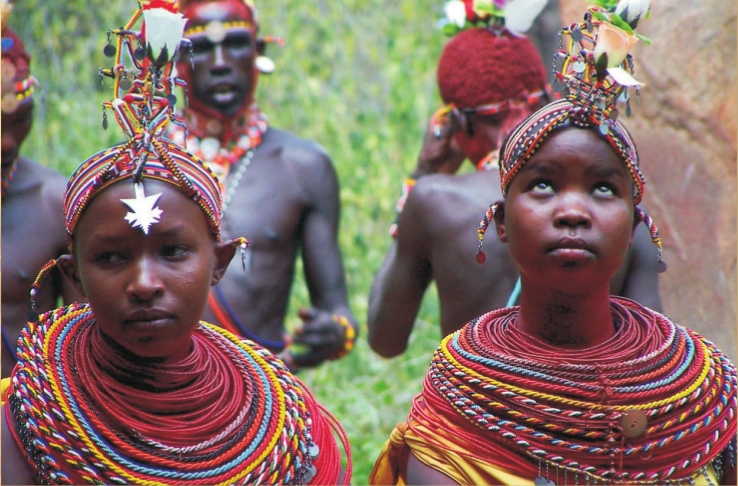 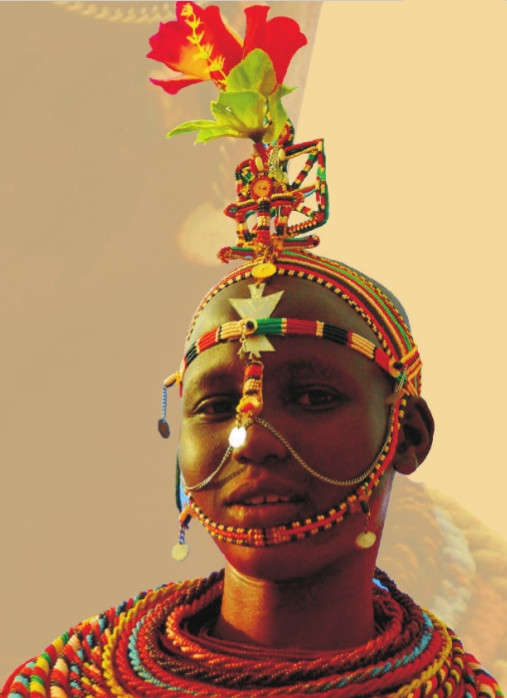 It is hot and humid at the coast, temperate in inland and very dry in the north and northeast parts of the country. Mount Kilimanjaro (19,341ft) is seen from Kenya to the South of the Tanzanian border. Kenya has considerable land area of wildlife habitat, including the Masai Mara, where Blue Wildebeest and other bovids participate in a large scale annual migration. The "Big Five" animals of Africa are found in Kenya: the lion, leopard, buffalo, rhinoceros and elephant. A significant population of other wild animals, reptiles and birds are also found in the national parks.

Kenya is a country of great ethnic diversity. Most Kenyans speak in English and Swahili, also a large percentage speak the mother tongue of their ethnic tribe. Ethnic groups are Kikuyu 22%, Luhya 14%, Luo 13%, Kalenjin 12%, Kamba 11% and other groups.

The vast majority of Kenyans are Christian with 45% regarding themselves as Protestant and 33% as Roman Catholic. Sizeable minorities of other faiths do exist.

Kenya is a diverse country, with many cultures. Notable cultures include the Swahili on the coast, pastoralist communities in the north. Today, the Maasai culture is well known, given its heavy exposure for tourism, however, Maasai make up a relatively minor percentage of the Kenyan population. The Maasai are known for their elaborate upper body adornment and jewelry.

Kenya is active in several sports, among them cricket, football (soccer) and boxing. But the country is known chiefly for its dominance in Middle-distance and long-distance athletics. 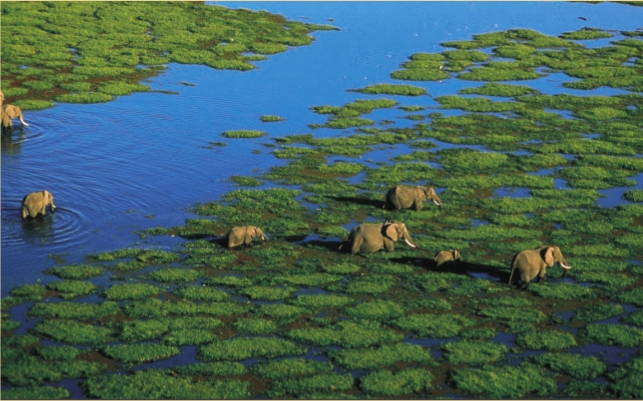 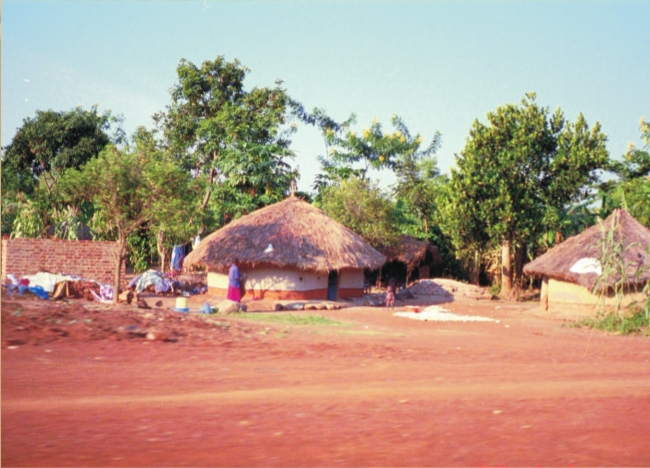 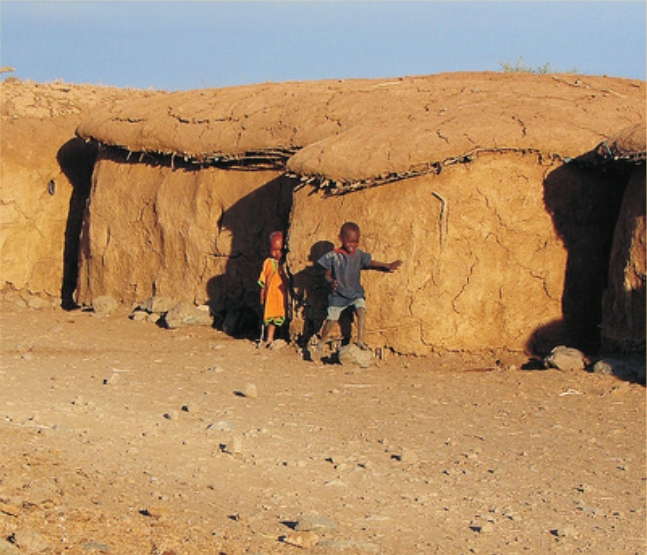 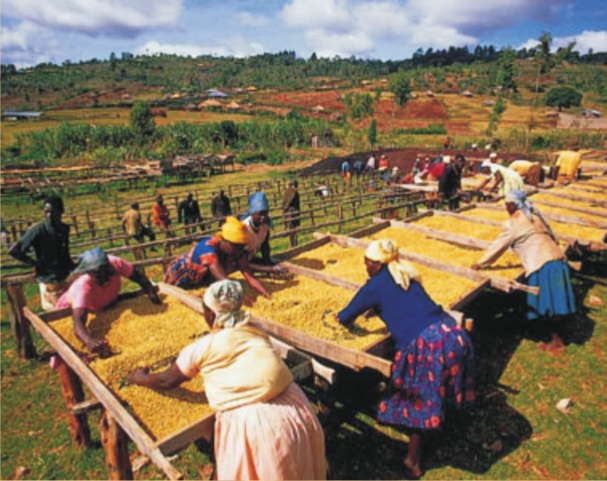