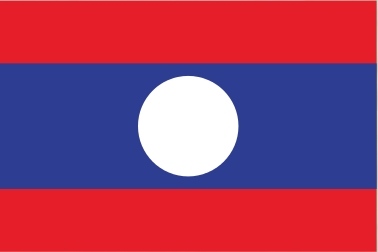 Laos officially the Lao People's Democratic Republic, is a country in southeast Asia, bordered by Burma (Myanmar) and China to the northwest, Vietnam to the east, Cambodia to the south, and Thailand to the west. In the Lao language, the country's name is "Meuang Lao". The Imperial French, who made the country part of French Indochina in 1893, spelled it with a final silent "s", i.e."Laos". 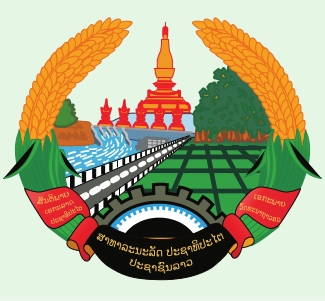 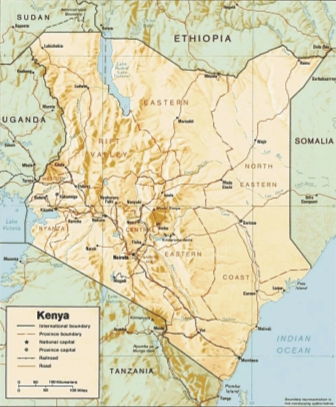 For all time the Lao people have glorified their Fatherland,
United in heart, spirit and vigour as one.
Resolutely moving forwards,
Respecting and increasing the dignity of the Lao people
And proclaiming the right to be their own masters.

The Lao people of all origins are equal
And will no longer allow imperialists and traitors to harm them.
The entire people will safeguard the independence
And the freedom of the Lao nation.
They are resolved to struggle for victory
In order to lead the nation to prosperity. 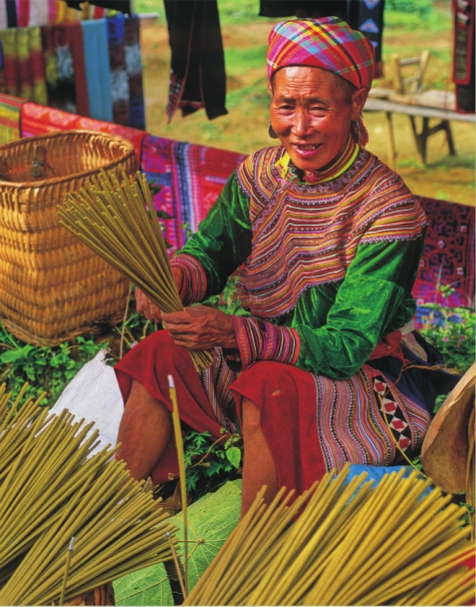 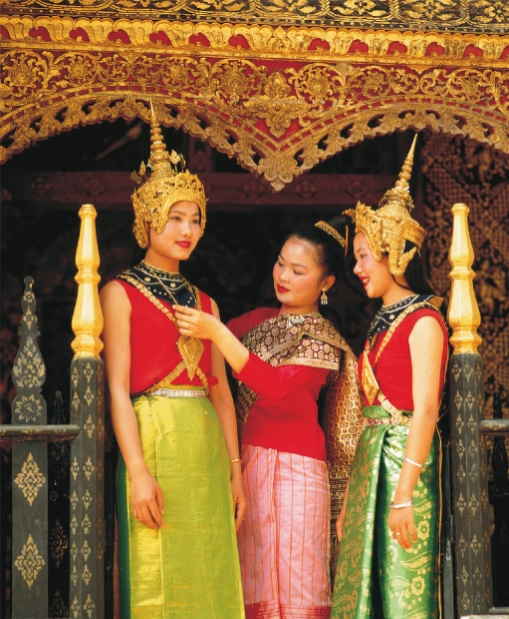 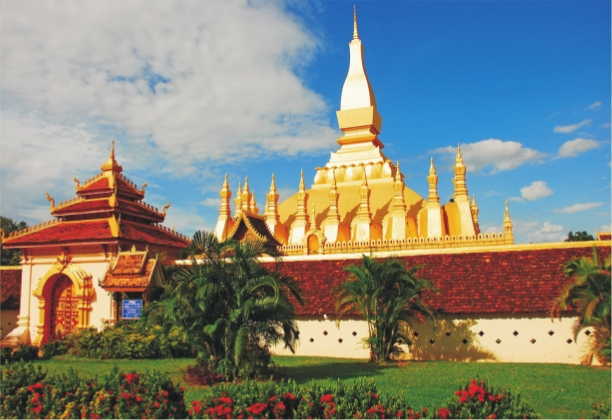 The climate is tropical and monsoonal. There is a distinct rainy season from May to November.

The Lao economy is heavily dependent on investment and trade with its larger and richer neighbours, Thailand, Vietnam, and especially the north, China. Rice dominates agriculture, with about 80% of the arable land area used for growing rice. The economy receives aid from international investment in food processing and mining, most notably of copper and gold. Tourism is the fastest growing industry in Laos. Laos has historically been involved with production of drugs, notably Opium.

Theravada Buddhism is a dominant influence in Lao culture. It is reflected throughout the country from language to the temple and in art, literature, performing arts, etc.Laotian music is dominated by its national instrument, the khaen, a type of bamboo pipe that has prehistoric origins.

Most Laotians are rice farmers who live in villages along the Mekong River and follow a traditional way of life. The villagers live in bamboo houses with thatched roofs. The houses are built on stilts to protect them from flooding during the rainy season. Most Laotians are Buddhists, and village life centers around the pagoda (temple), where a Buddhist monk conducts religious ceremonies. The pagoda may also be used as a schoolhouse, or as a meeting place. The official and dominant language is Lao, a tonal language of the Tai linguistic group. The written language is based on Khmer writing script. French, still common in government and commerce, is still studied by many. Of the people of Laos 67% are Budhhist 1.5% are Christian, and 31.5% are other or unspecified.

Only one Statue of World Buddha in Rest 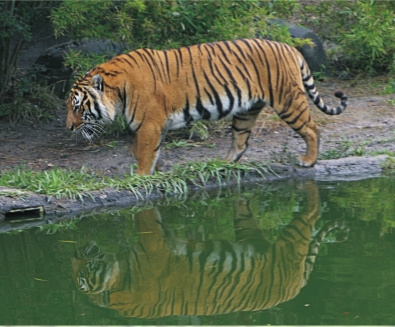 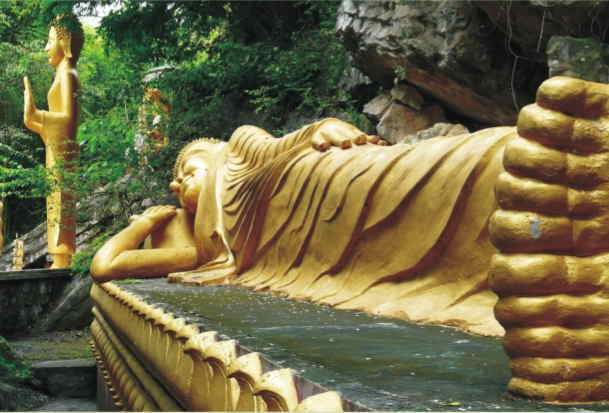 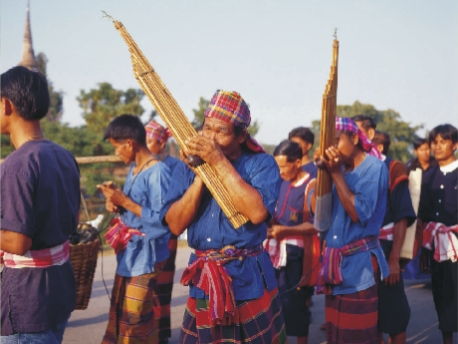 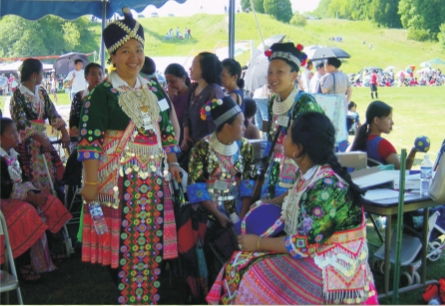