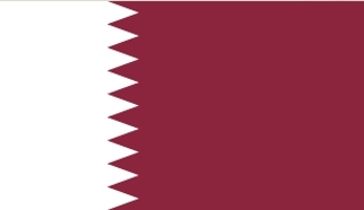 Qatar is an Arab emirate in the Middle East, occupying the small Qatar Peninsula on the northeasterly coast of the larger Arabian Peninsula. It is bordered by Saudi Arabia to the south; otherwise the Persian Gulf surrounds the state. An oil-rich nation, Qatar has the second highest GDP per capita in the world. The government of Qatar is an emirate, ruled by a leader called an emir. In 1961, Qatar became a British protectorate but gained complete independence in 1971. The emir appoints an 18 – member council of Ministers to help run the government. Qatar lies on a desert peninsula in the Persian Gulf. In 1981 Qatar and other eastern Arabian states formed the Gulf Cooperation Council to work together on defense and economic projects. Hawks trained to hunt small game are sold in the market at Doha. Falconry, once the “sport of kings”, has been practiced in the Middle East for more than 3,000 years 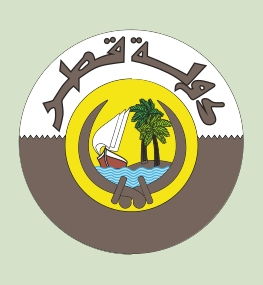 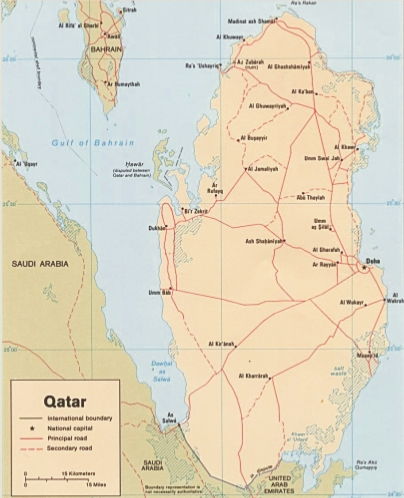 In my heart, Qatar is an epic of
glory and dignity Qatar is land of
the early men Who protect us in
time of distress, Doves they can
be at times of peace, Warriors
they are at times of sacrifice 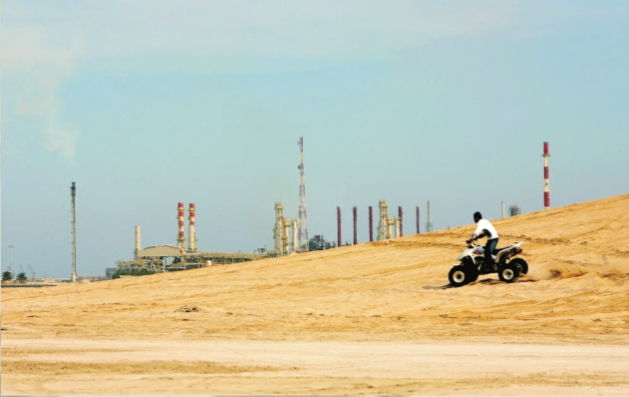 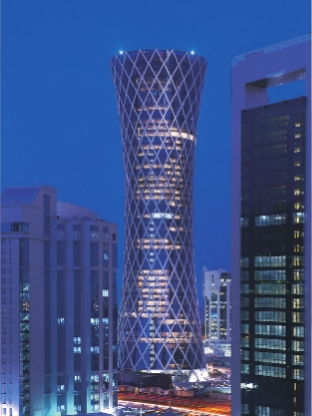 Qatar is primarily a Bedouin culture and the tribal ethos is still strong in modern society. Bedouins being nomads had a culture traditionally based on poetry and song rather than buildings or art. However, the practical art of weaving has produced some beautiful Bedouin artifacts tents, rugs, tapestries, saddlebags, pillow covers.

Dating back hundreds of years, the art of sadu weaving has been a way of life among Bedouins. In the past, migratory bedouing women created the colourful sadu wearing using the wool from sheep goats and camels, using simple tools made from wood and gazelle horn. Initially the colours were natural derived from plant and root dyes found in the desert, resulting in bright oranges, browns, black and white, creating a cheerfully contrast with the desert environment. Today sadu weavers use chemical dyes there by achieving brilliant red. Sadu weaving comprises of myriad designs, which are said to express the weavers emotion at the time of weaving. Symmetrical balance, patterns motion and colour contrast are major elements of sadu design which are passed down from mother to daughters.

Since the 1950's, oil profits have made Qatar a rapidly developing nation. The export of petroleum and petroleum products provides 95 per cent of the nation's income and Qatar ranks among the world's richest nations in terms of average income per person. The government provides free health care, free housing for needy people, and free education, including special schools where adults learn to read and write. 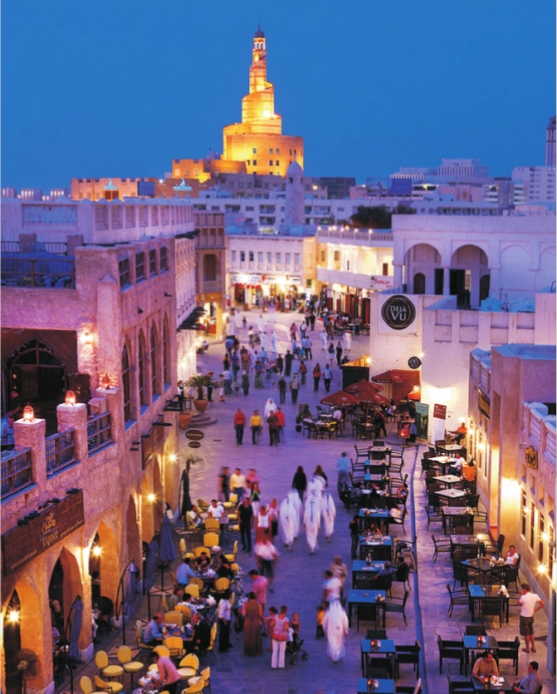 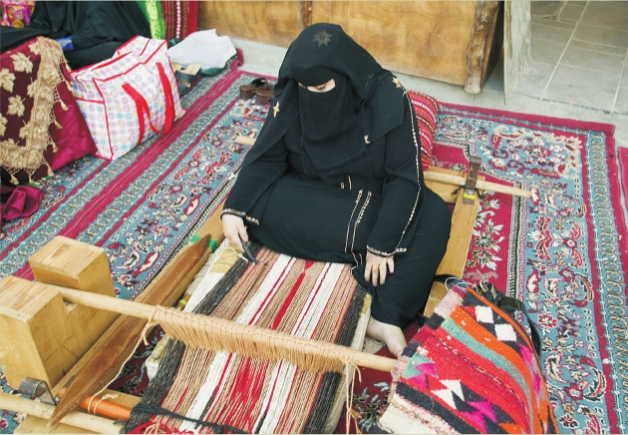 Arabic is the official language, many business executives and government officials speak English.

The history of architecture in Qatar can be divided into there district periods; the pre oil period, the early oil period traditional architecture of courtyards wind towers and parapets prevailed. In the pre oil periods historical architecture witnessed a revolution due to the availability of new modern materials, and the post oil period due to modernization and state of art equipment and technology. The gap between the old and the new widened dramatically. 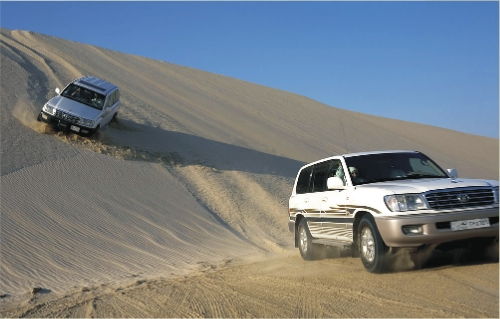 Fewer than one fourth of all Qataris are native to the country. The rest are foreign worker with temporary resident status. About 95% of the population are muslims, and Islamic law is the basis of the nations legal system. Most of the Qatar's people live in or near Doha in modern houses and apartments, some Qataris wear western clothing, but most prefer traditional Arab robes.

Beyond the shoes of its thumb shaped peninsula lies one of the greatest hidden treasures of Arabian the island sea of khor Al-udeid, whose placid waters reflect the beauty of a land long hidden by the sands of time. The inland sea is vast shallow tidal lake surrounded by sand dunes and where the sea surges in a wide channel dividing Qatar from Saudi Arabia. The combination of sand dunes and sea in a single location provides a wide range of sports and leisure activities like sand mobiking sand boarding, sand skiing, swimming etc.