Sri Lanka officially the Democratic Socialist Republic of Sri Lanka known as Ceylon before 1972 and as Taprobane in ancient times is an island country in South Asia, located about 31 kilometers (19.3 mi) off the southern coast of India. It is home to around twenty million people. Because of its location in the path of major sea routes, Sri Lanka is a strategic naval link between West Asia and South East Asia, and has been a center of Buddhist religion and culture from ancient times. The Sinhalese community forms the majority of the population, with Tamils, who are concentrated in the north and east of the island, forming the largest ethnic minority. Other communities include Moors, Burghers, Kaffirs and the Malays. Sri Lanka's original inhabitants were tribal people called the Yaksa and the Naga-the ancestors of the Yeksha. Freedom of worship is enjoyed by people of all faiths in Sri Lanka. In the city of Colombo, Buddhist shrines stand alongside Hindu temples, Christian churches, and Muslim mosques. The natural beauty of Sri Lanka's tropical forests, beaches and landscape, as well as its rich cultural heritage, make it a world famous tourist destination. 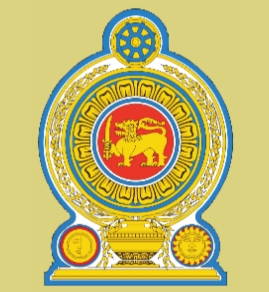 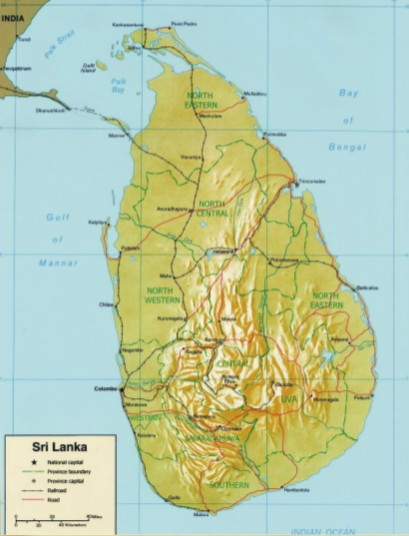 Mother Lanka we salute Thee!
Plenteous in prosperity, Thou,
Beauteous in grace and love,
Laden with grain and luscious fruit,
And fragrant flowers of radiant hue,
Giver of life and all good things,
Our land of joy and victory,
Receive our grateful praise sublime,
Lanka! We worship Thee.
Thou gavest us Knowledge and Truth,
Thou art our strength and inward faith,

Our light divine and sentient being,
Breath of life and liberation.
Grant us, bondage free,
inspiration.
Inspire us for ever.
In wisdom and strength renewed,
Ill-will, hatred, strife all ended,
In love enfolded, a mighty nation
Marching onward, all as one,
Lead us, Mother, to fullest freedom. 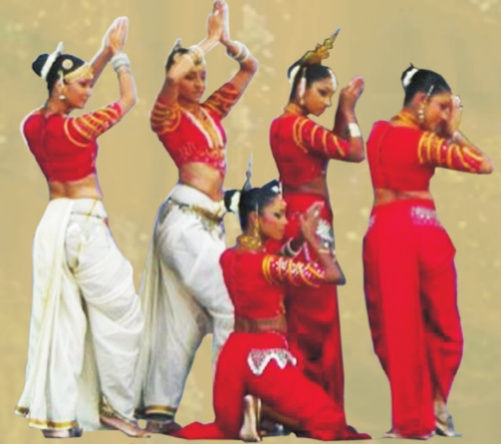 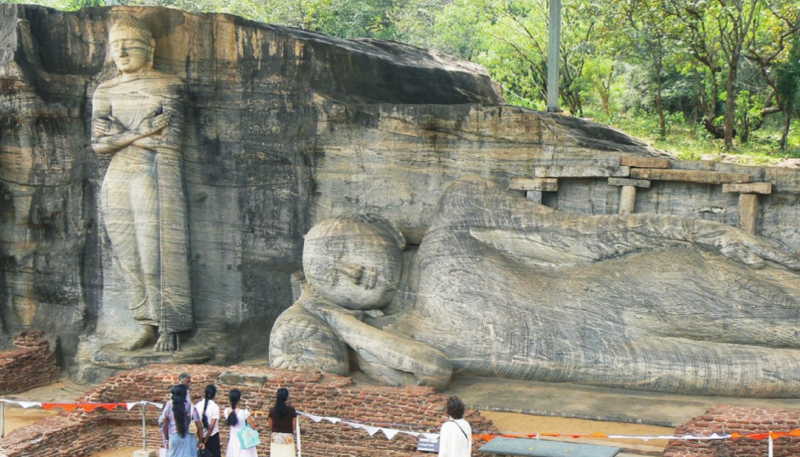 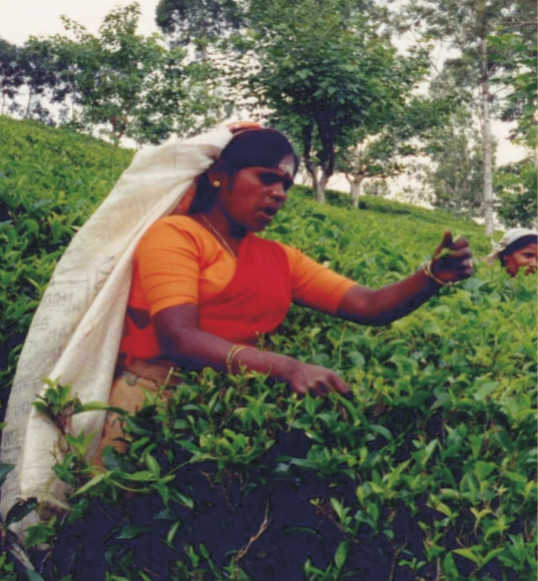 The Mahaweli River and other major rivers provide fresh water to the population. Sri Lanka's climate can be described as tropical, and quite hot.

Buddhism arrived from India in the 3rd century BC, brought by Bhikkhu Mahindra, who is believed to have been the son of Mauryan emperor Ashoka. European colonists established, cinnamon, rubber, sugar, coffee and indigo plantations.

Ceylon got independence on 14 October 1947, On July 21, 1960 Sirimavo Bandaranaike took office as prime minister, and became the world's first female prime minister in 1972. The country became a republic within the Commonwealth, and the name was changed to Sri Lanka.

The office of Prime Minister of Ceylon was created in advance of independence on 14 October 1947,

The Constitution of Sri Lanka establishes a democratic, socialist republic in Sri Lanka, which is also a unitary state.

Sri Lanka became a plantation economy, famous for its production and export of cinnamon, rubber and Ceylon tea, which remains a trademark national export. 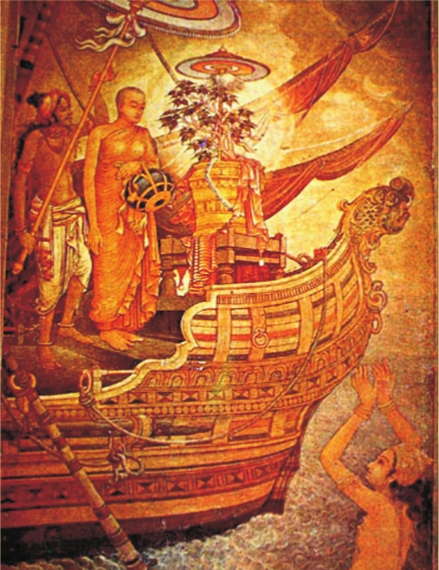 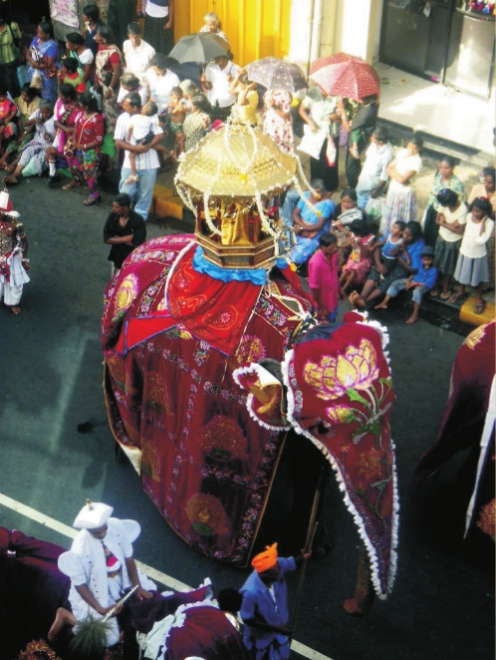 Sri Lanka has a multi ethnic and multi religious population. Buddhism constitutes the religious faith of about 70% of the population of the island, most of whom follow the Theravada school of Buddhism. The original Bodhi Vriksha, which was in Gaya, Bihar, later branched out to Sri Lanka, thanks to Sangamitra and Mahendra, daughter & son of King Ashok, who took a few branches of the tree to Lanka & planted them there. During this time, a sapling of the Bodhi Tree under which the Buddha attained enlightenment was brought to Sri Lanka and the first monasteries were established under the sponsorship of the Sri Lankan king. The branches of this very tree from Sri Lanka were handed over by three Buddhist Monk to Dr. Maisaheb Ambedkar, on 14 April 1993. Dr. Maisaheb Ambedkar & Shri K.R. Narayanan planted these saplings in the premises of Symbiosis Society's Dr. Babasaheb Ambedkar Museum & Memorial.

Today, the country is a multi-religious and multi-ethnic nation having people of Hinduism, Christianity and Islam. According to traditional Sri Lankan chronicles, Buddhism was introduced into Sri Lanka in the 2nd century BC by Venerable Mahindra, the son of the Emperor Ashoka, during the reign of Sri Lanka's King Devanampiyatissa. During this time, a sapling of the Bodhi Tree under which the Buddha attained enlightenment was brought to Sri Lanka and the first monasteries were established under the sponsorship of the Sri Lankan king. Sri Lanka has the longest continuous history of Buddhism of any predominately Buddhist nation, with the Sangha having existed in a largely unbroken lineage since its introduction in the 2nd century BC. The second largest religion is Hinduism. Hinduism was primarily established in Sri Lanka by migrants and often invaders from southern India, and Hindus now constitute seven to fifteen percent of the population. 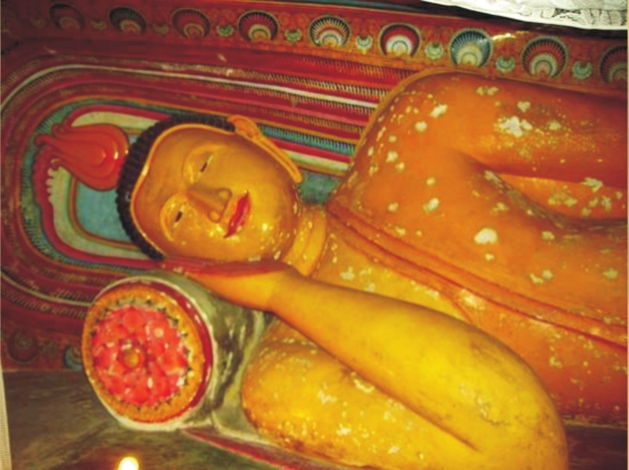 Every year on April 13 Sinhalese and Tamil people celebrate Sinhala and Tamil New Year Festival, and Muslims celebrate Ramadan. Esala Perahera (A-suh-luh peh-ruh-ha-ruh) is the grand festival of Esala held in Sri Lanka. It is very grand with elegant costumes. Happening in July or August in Kandy, it has become a unique symbol of Sri Lanka. It is a Buddhist festival consisting of dances and richly-decorated elephants. There are fire-dances, whip-dances, Kandian dances and various other cultural dances. The elephants are usually adorned with lavish garments. The festival ends with the traditional 'diya- kepeema'. A very popular type of music is the so-called Baila, a kind of dance music that originated from Portuguese music introduced to the island in colonial times.

The Sinhalese community forms the majority of the population, with Tamils, who are concentrated in the north and east of the island, forming the largest ethnic minority. Other communities include , Burghers, Kaffirs and the Malays. Sri Lanka's original inhabitants were tribal people called the Yaksa and the Naga. Freedom of worship is enjoyed by people of all faiths in Sri Lanka. In the city of Colombo, Buddhist shrines stand alongside Hindu temples, Christian churches, and Muslim mosques.

While the national sport in Sri Lanka is volleyball, by far the most popular sport in the country is cricket. 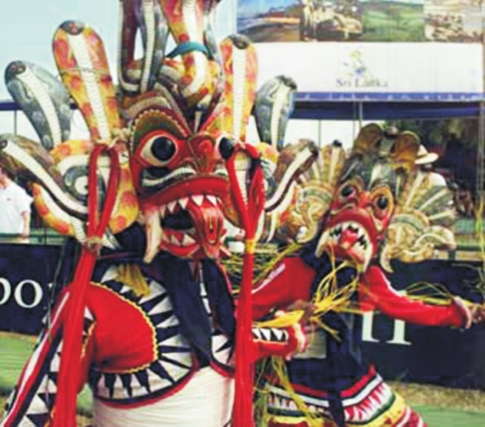 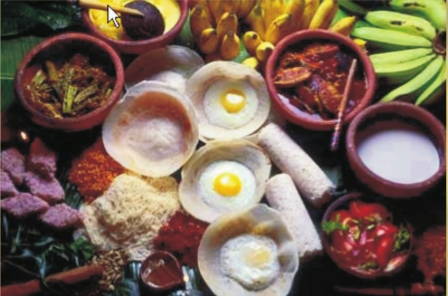 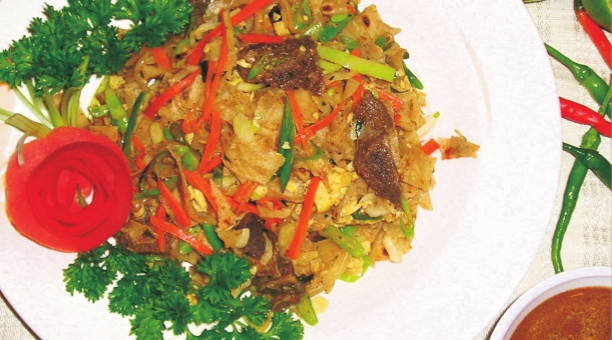 Sri Lankans have added western influences to the customary diet such as rice and curry, pittu (mixture of fresh rice meal, very lightly roasted and mixed with fresh grated coconut, then steamed in a bamboo mould). Kiribath (cooked in thick coconut cream for this unsweetened rice-pudding which is accompanied by a sharp chili relish called "lunumiris"), wattalapam (rich pudding of Malay origin made of coconut milk, jaggery, cashew nuts, eggs, and various spices including cinnamon cloves and nutmeg), kottu, and hoppers ("appa"), batter cooked rapidly in a hot curved pan, accompanied by eggs, milk or savouries. Middle Eastern influences and practices are found in traditional Moor dishes. While Dutch and Portuguese influences are found with the island's Burgher community preserving their culture through traditional favourites such as Lamprais (rice cooked in stock and baked in a banana leaf), Breudher (Dutch Christmas cake) and Bolo Fiado (Portuguese-style layer cake).

Sinhalese and Tamil are the two official languages of Sri Lanka. English is widely used for education, scientific and commercial purposes. Members of the Burgher community speak variant forms of Portuguese Creole and Dutch with varying proficiency, while members of the Malay community speak a form of creole Malay that is unique to the island.