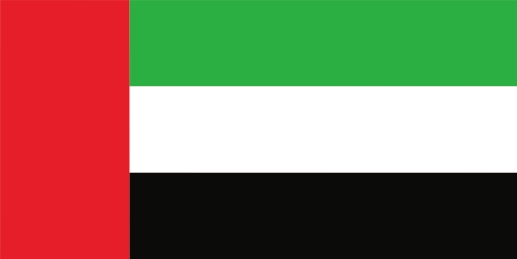 The United Arab Emirates (UAE) is the federation of seven emirates situated in the southeast of the Arabian Peninsula in Southwest Asia on the Persian Gulf, bordering Oman and Saudi Arabia. The UAE consists of seven states, termed emirates, which are Abu Dhabi, Dubai, Sharjah, Ajman, Umm al-Quwain, Ras al-Khaimah and Fujairah. The capital and second largest city of the United Arab Emirates is Abu Dhabi. It is also the country's center of political, industrial and cultural activities. 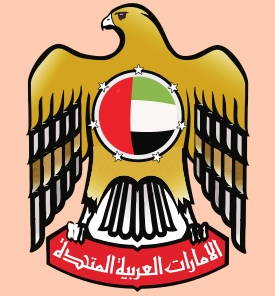 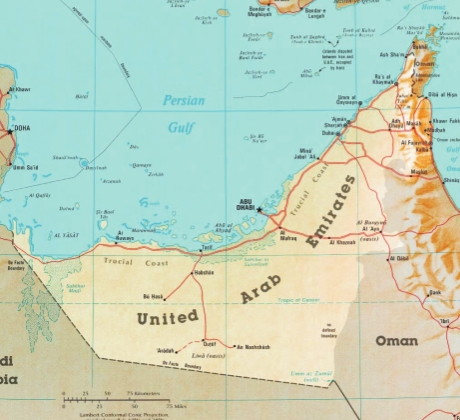 the evils of the time
We have sworn to build and work
Work sincerely, work sincerely
As long as we live, we will be sincere
The safety has lasted and the flag has lived oh our Emirates
The symbol of Arabism
We all sacrifice for you, we supply you with our blood 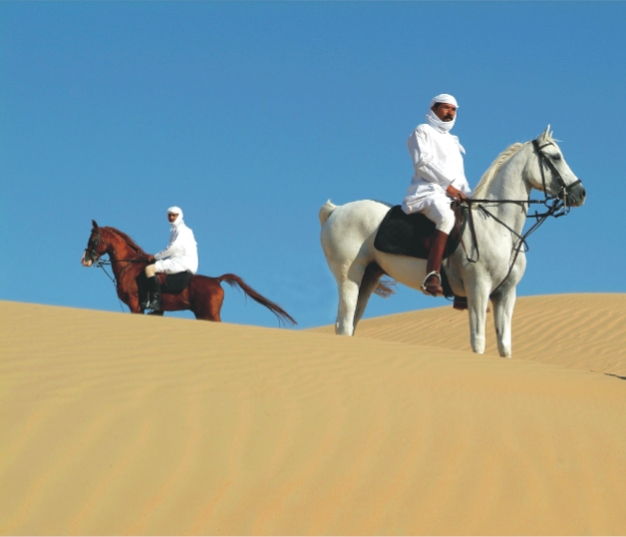 The United Arab Emirates is situated in Southwest Asia, bordering the Gulf of Oman and the Persian Gulf, between Oman and Saudi Arabia; it is in a strategic location along southern approaches to the Strait of Hormuz, a vital transit point for world crude oil. The UAE lies between 22°50′ and 26° north latitude and between 51° and 56°25′ east longitude. It shares a 530-kilometer border with Saudi Arabia on the west, south, and southeast, and a 450-kilometer border with Oman on the southeast and northeast. The land border with Qatar in the Khawr al Udayd area is a source of ongoing dispute. The total area of the UAE is approximately 77,700 square kilometers. The country's exact size is unknown because of disputed claims to several islands in the Persian Gulf, because of the lack of precise information on the size of many of these islands, and because most of its land boundaries, especially with Saudi Arabia, remain undemarcated. The largest emirate, Abu Dhabi, accounts for 87 percent of the UAE's total area (67,340 square kilometers). The smallest emirate, Ajman, encompasses only 259 square kilometers (see figure). undemarcated. Additionally, island disputes with Iran

The people of U.A.E., like the rest of the peninsula are Arabs of semitic stock. The many different tribes, that were related by kinship to the Bedouin Tribes of the peninsula, had varied life styles which include agriculture, fishing, pearling, trade, and simple nomadic herding which had changed little over centuries, the discovery of oil brought a sudden wealth and change to the region. New industries were created and modern cities developed. Many people left their traditional way of life and took up jobs. Today emirians make up only 27% of the U.A.E. population, while guest workers from other Arab countries, westerners and East Asians make up the bulk of population. 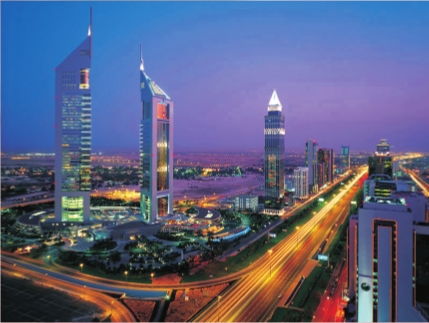 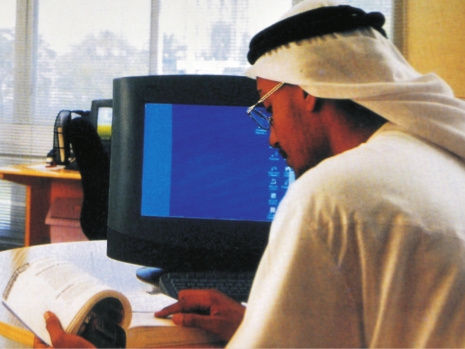 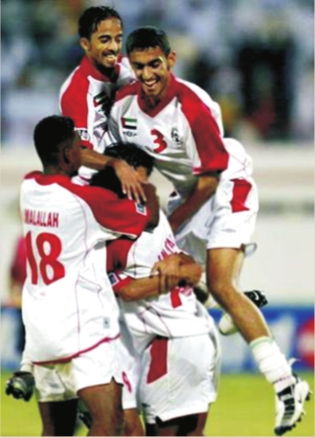 Football is the most popular sport, although sports like horse racing, camel racing, golf, cricket, water sports, shooting, tennis, etc. are also popular. Today the U.A.E. is a host to many prestigious international sports and tournaments.

Bull fighting is a traditional U.A.E. sport that pits bull against bull. These massive animals lock their horns and wrestle until one turns tail and flees. The bulls are descendents of animals brought from the Indian subcontinent to turn the water wheels for lifting water from shallow wells. Today, though their traditional function is obsolete. The east coast bulls survive and thrive as their popularity grows in the U.A.E.

Shopping and the U.A.E. have become synonymous. Yet it is not in the soulless departmental stores but the souq or traditional Arab Bazzars that one gets the feel of the true Arabia. Souqs sell everything from live stock to gold. Old hand made rugs are found side by side with coffee pots made a of hand beaten copper from Hadramaut, tea chests and Khanjars – traditional daggers from Muscat and salalah. There are some souqs that specialize in a single product. The live stock souq, the gold souq, the paint souq, Discerning shoppers also discover another unique treasure that of Arab hospitality with an old world charm. Traditional shopkeepers sit their clients down on cushions with a cup of Arabic Coffee and ask what their guest thinks of their wares on display, bargaining follows, with patience & without rancour, & almost invariably ends in a transaction that pleases both the buyer & the seller.

Modern sleek and shinning the sprawling cities of Emirates have little or no resemblance to the bleak fishing and pearling villages half a century ago. When oil revenues started, traditional reed and mud brick huts were replaced by modern apartments, schools, banks, boutiques and business centres. The Emirates today houses some of the most technologically advanced buildings that use state of art building material and services.

Oil production began in Ash Shariqah in 1974, and oil profits enabled Abu Dhabi, Dubai, and Ash Shariqahj to develop into modern states. However, the oil industry brought people as well as wealth to the UAE. Until the 1950's most of the UAE's people earned a living by diving for pearls, fishing, herding camels, growing dates, or trading. The discovery of oil, beginning in the 1950's, brought sudden wealth into the region. Under the provisional constitution adopted in 1971, the emirs who rule the seven states of the UAE agreed to share their resources and work for the economic development of all the states. Most of the oil production of the UAE takes place in the states of Abu Dhabi, Dubayy, and Ash Shriqah.

The United Arab Emirates (UAE) is a federation of seven independent Arab states the southern end of the Parsian Gulf. From west to east, the states are Abu Dhabi, Dubai, Ash Shrariqah, Ajman, Ummal Qaywayn Ras al Khaymah, and Al Fujayrah. Abu Dhabi also serves as the capital of the federation. Each of the seven states of the UAE is an emirate, ruled by a prince called an emir. Most of the UAE's people are Arabs from rival tribes that have lived in the region for hundreds of years. The largest and the most populous is emirate of Abu Dhabi, which is the federal capital, while the other members in modern of size are Dubai, Sharja, Ras Al Khaimah, Fujairah, Umm, Al-Qaiwail and Ajman. Dispute the small size of the emirates each has its own distinct features. 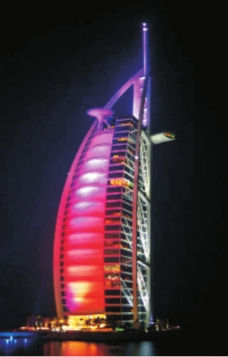