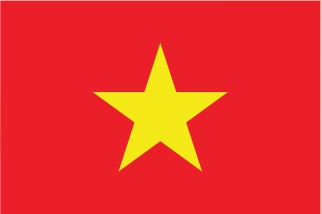 Vietnam, officially the Socialist Republic of Vietnam, is the easternmost country on the Indochina Peninsula in Southeast Asia. It is bordered by China to the north, Laos to the northwest, and Cambodia to the southwest, and the South China Sea to the east. With a population of over 86 million, Vietnam is the 13th most populous country in the world. 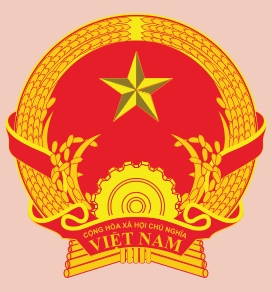 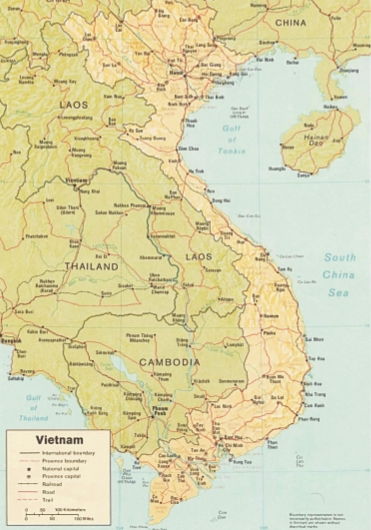 Verse 1
Armies of Vietnam, forward!
With one single determination to save our
Fatherland,
Our hurried steps resound on the long and
arduous road.
Our flag, red with the blood of victory, bears the
spirit of the country.
The distant rumbling of the guns mingles with our
marching song.
The path to glory is built by the bodies of our foes.
Overcoming all hardships, together we build our
resistance bases.
Ceaselessly for the People's cause let us struggle,

Let us hasten to the battlefield!
Onward! All together advancing!
For one eternal Vietnam.

Verse 2
Soldiers of Vietnam, forward!
The gold star afluttering
Leading the people of our native
land out of misery and suffering.
Let us join our efforts in the fight to
build a new life.
Arise and break these chains.
For too long have we swallowed our
hatred.
Be ready for all sacrifices and life
will be radiant.
Ceaselessly for the People's cause,
let us struggle,
Let us hasten to the battlefield!
Onward! All together advancing!
For one eternal Vietnam. 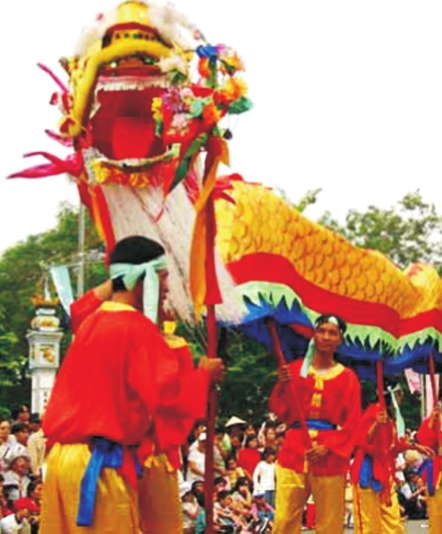 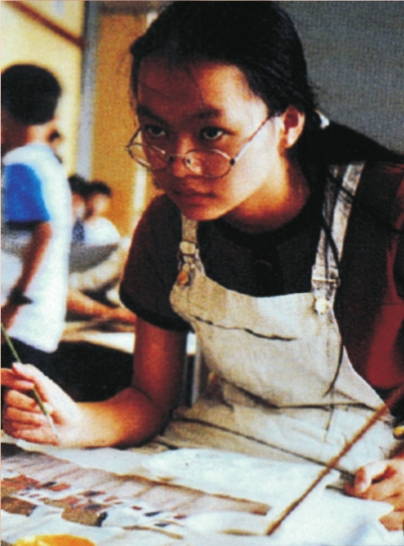 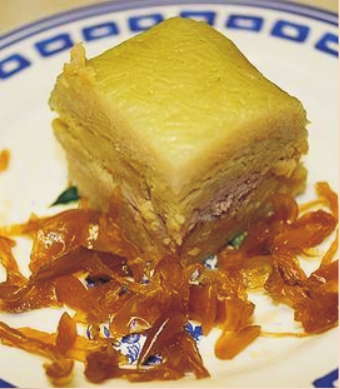 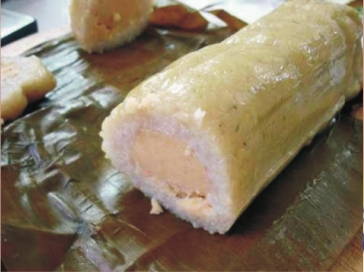 Through thousands of years of history and defending the nation, the Vietnamese have built a culture of its own characteristics and spirit. This is distinctively represented in the various works of art, architecture and the numerous sites scattered all around the country such as pagodas, temples, shrines, communal houses, tombs, stelae and statues.

The Vietnamese language ( Kinh ) belongs to the Mon- Khmer stock. It's composed of single syllable words that do not change the same word however can have different meanings which are expressed through different levels of pitch. Chinese ideographs or characters, were originally used in written Vietnamese – But they came into disuse after Portuguese and French missionaries in the seventeenth century invented Quoc – nugu, a system of using Roman letters.

Temples and pagodas observe animal festivals with unique folk customs and rituals. Vietnamese enthusiastically under take pilgrimages to many traditional festivals to celebrate national heroes who have played an primordial part in the history of the country or to show their respect to the gods and the spirits. Traditional festivals are joyful, colorful events which perpetuate customs and traditions, and always bring together people of all ages.

Roi nuoc, or water puppetry, is an ancient art form unique to Vietnam. The water serves not only as a trembling stage but also acts as a natural amplification for the music and lyrics. The enthralled audience, sits at the waters edge, while skilful puppeteers, concealed behind the decorative props enact popular plays depicting fairy tales, folk stories, rituals, festivals and the day to day life of the peasants. Even the puppet is a piece of folk sculpture with water proof lacquer. Water puppetry , in the various forms uses a unique sense of humour to revive aspects of traditional Vietnamese culture that have been lost over the centuries.

Vietnamese cuisine is especially varied, ranging from exotic meats such as bats, cobra and pangolin to fantastic vegitaranian creations ( often prepared to replicate meat and fish dishes ). However the staple of Vietnamese cuisine is plain rice dressed up with a plethora of vegetables, meat, fish, spices, and sauces. Spring rolls and steamed rice pancakes are popular snacks, and the ubiquitous soups include eel and vermicelli, shredded chicken and bitter soups. 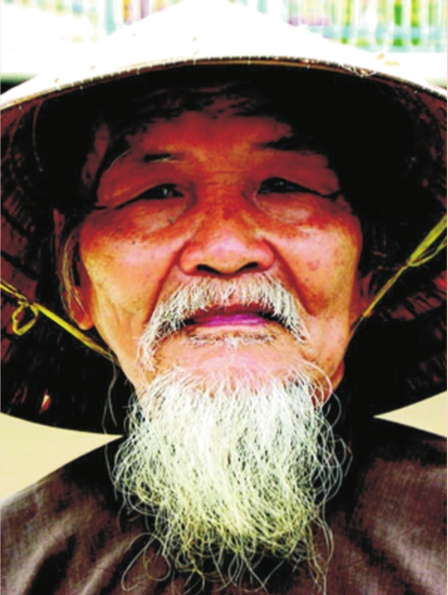 A Man from Vietnam 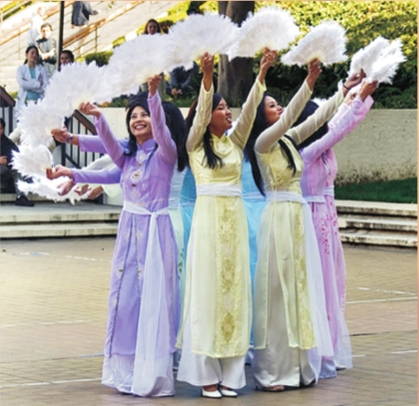 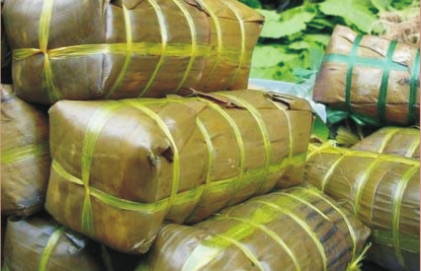 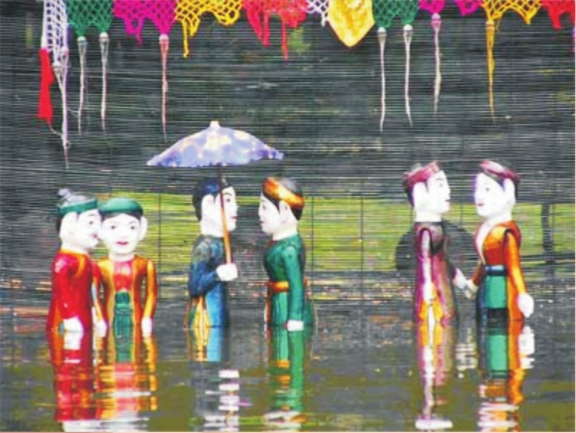 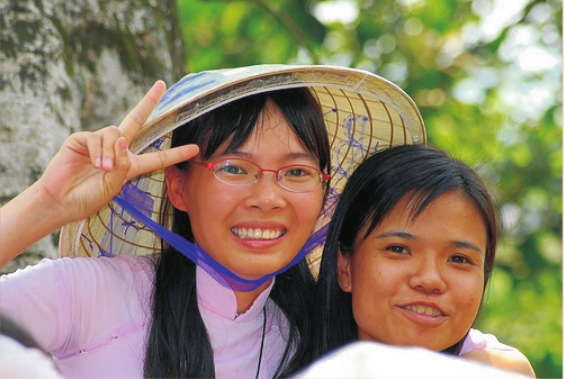